Starting with the assassination of a Denver disc-jockey and tracing the story of a number of white-supremacist groups who become unified under one leader, the aggressive and theatrical nature of God’s Country was the driving force behind the lighting design of this production.

As the story flows seamlessly from court reenactments, to dramatizations, to anecdotal illustrations, pools of light focus the audience’s attention on each unfolding chapter. The harsh violence of these groups and their actions are contrasted with the fact that they are people who believe they are doing what is best for their families and country. The world of this play is a world of high contrast, of black and white, and the lighting emphasized this aspect of the play. 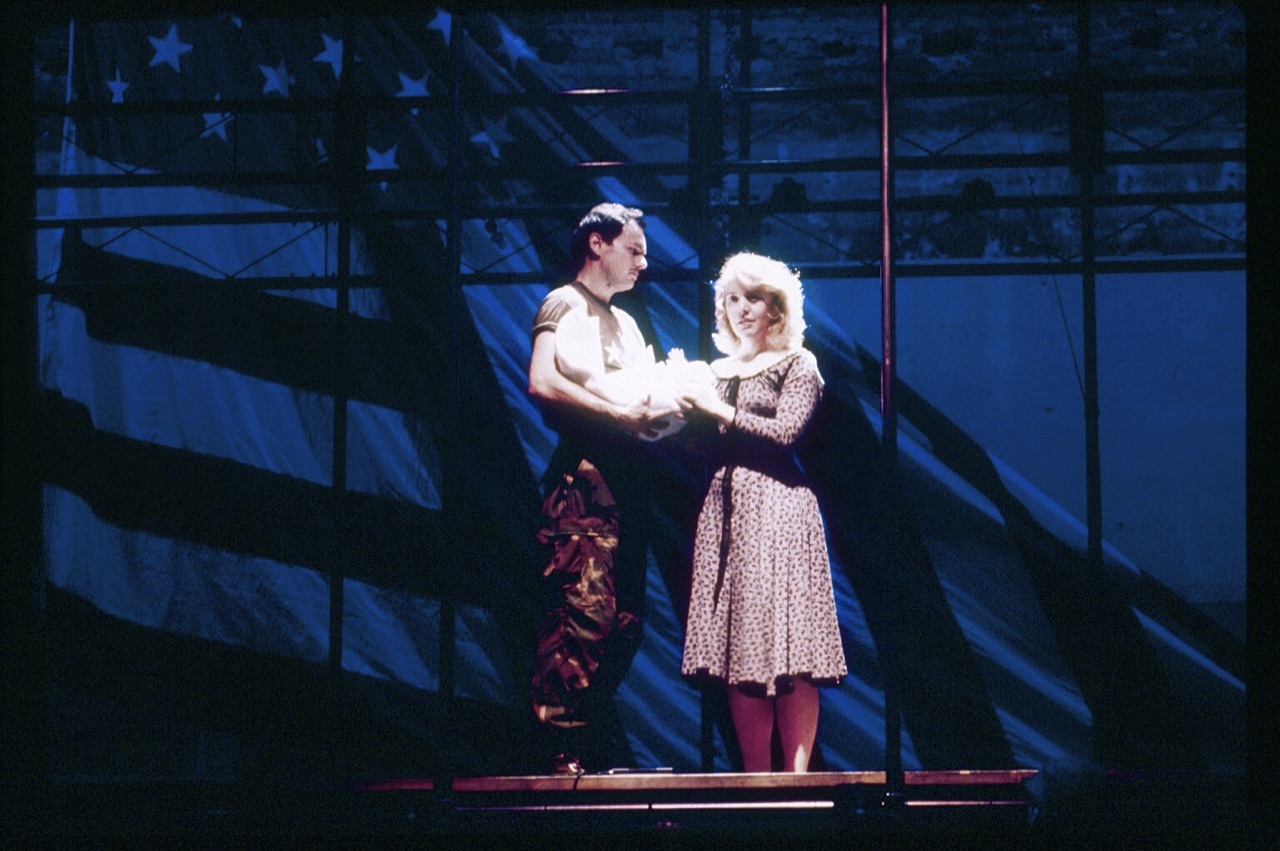 Jay Matthews, Leader of "The Order," Holds His Son 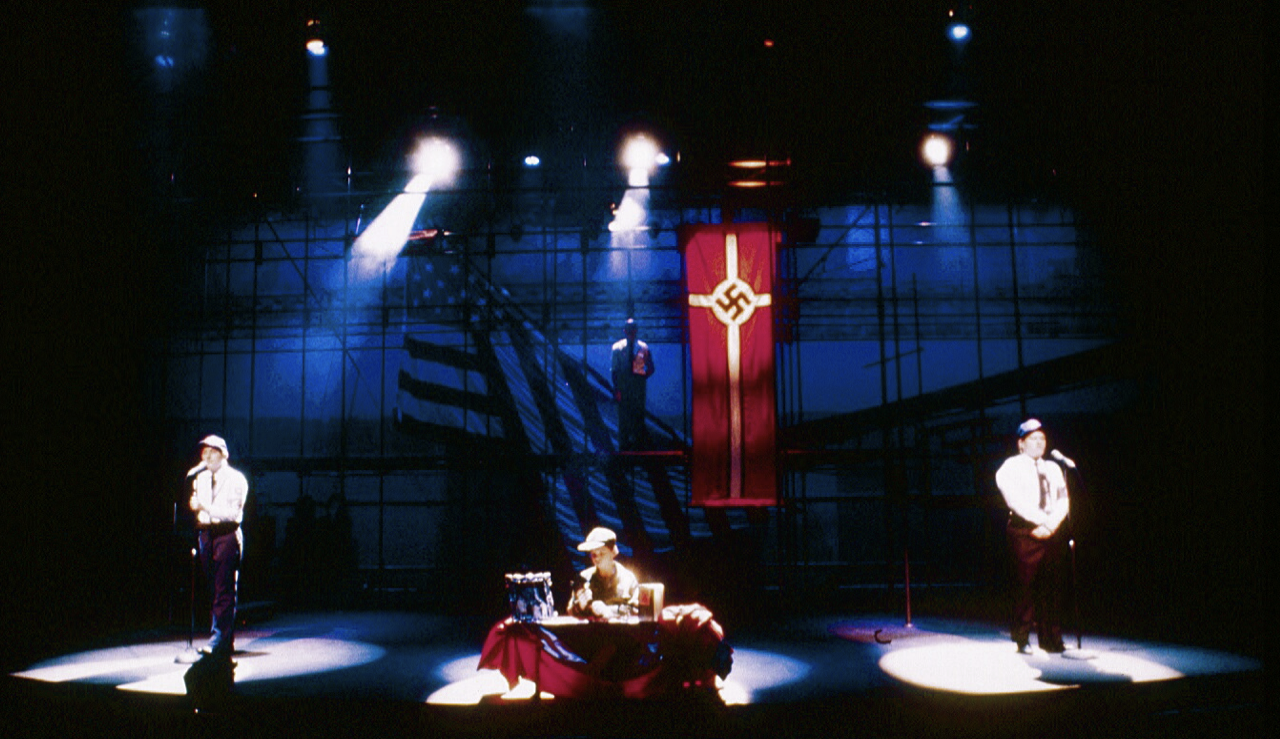 Matthews’ Son Looking Through a Shrine to Adolph Hitler 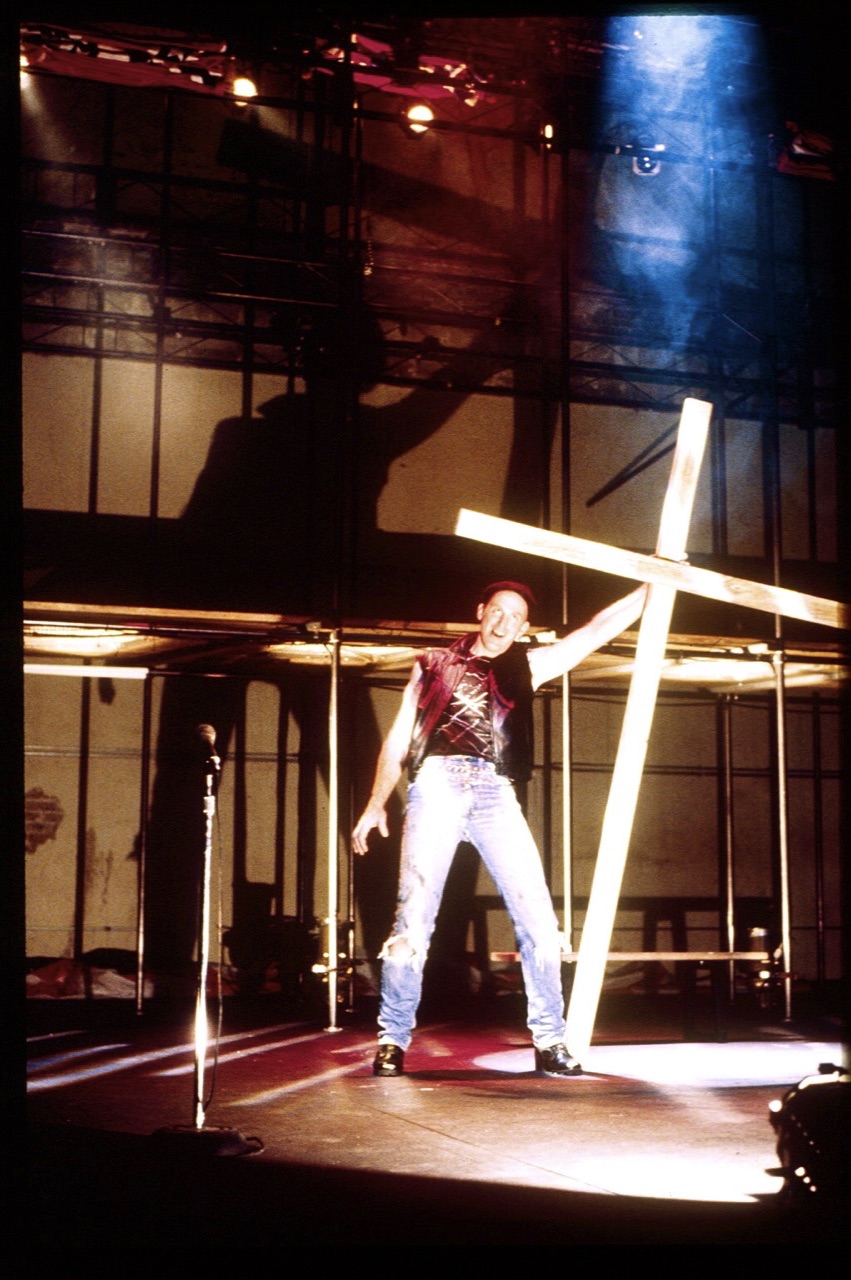 One of the Skinheads who Attacked Greg Withrow 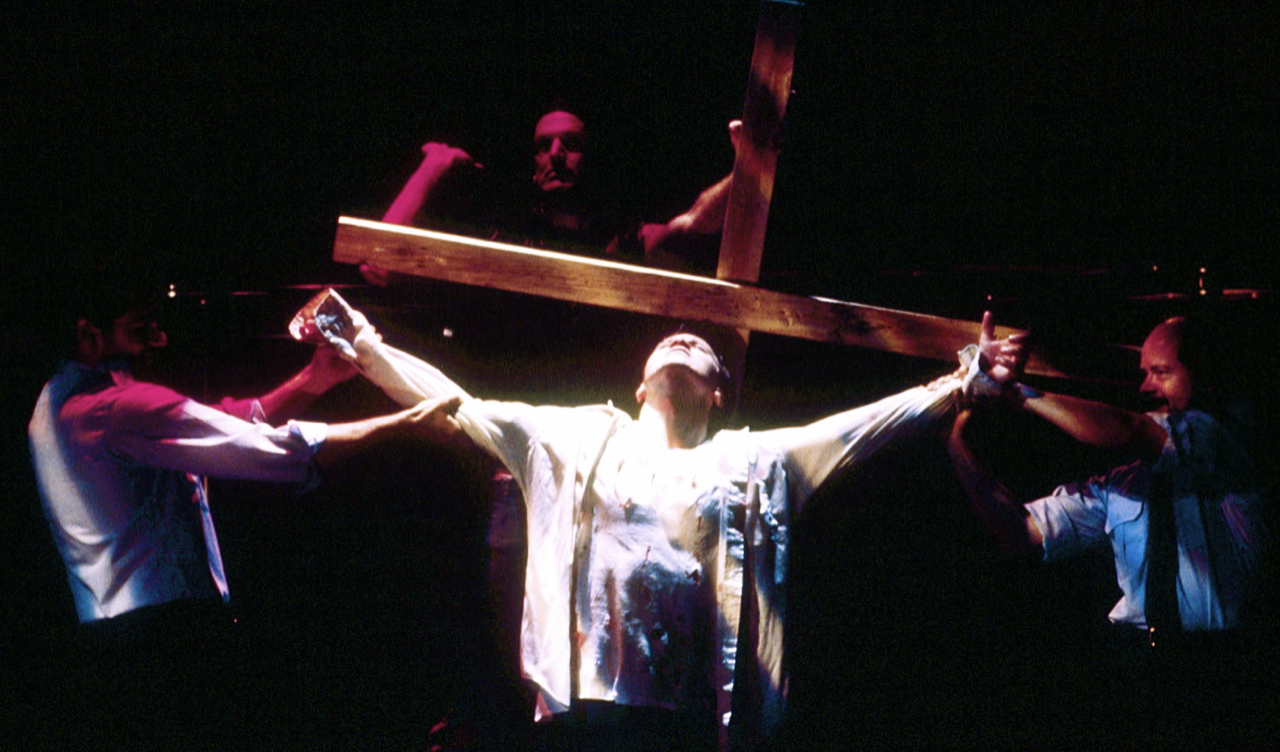