The lighting for Hair, much like the hippies in the play, held nothing back, passionately following the whims of the moment. No attempts were made to hide the lighting, or to apologize for the use of rich colors. Like the clothing of the hippies, color was mixed in an in-your-face kind of way.

The play was staged in a thrust configuration in the expansive Reilly Theatre, a converted livestock pavilion. The lighting for the production, again like the hippies in the cast, took over the whole space: stars were projected upon the massive ceiling during Aquarius. The back wall and window covering drapery, as well as the backstage storage areas, were all used as projection surfaces for light.

As indicated by the support materials below, one of the challenges of this production was scale. The text of the play covers every topic the characters’ drug infused minds can come up with, and the staging for the production spanned a large footprint, three story set. As a result, this production used a tremendous amount of inventory and required a number of supplemental drawings to communicate the design as well as to facilitate the load-in in a timely manner.

Beyond a traditional Elevation and Section, an electronic 3D model of the setting was generated to help double check lighting angles for some of the more challenging spaces.

While the lighting echoed the rebellious passions of the hippies, it also was sensitive to the deeper feelings they express, and sought to illuminate the several stories of this musical that, when told well, will leave not a dry eye in the house. 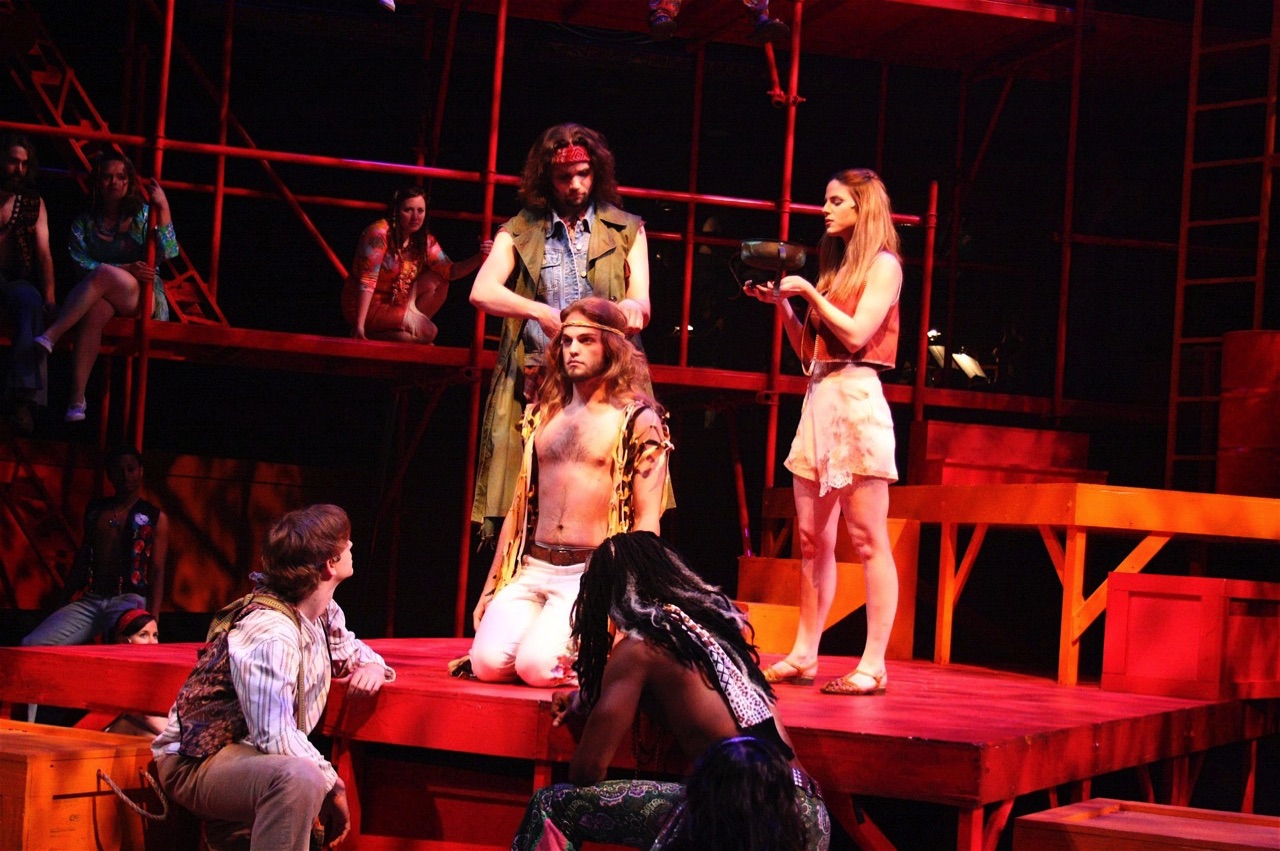 Claude, Berger, and Sheila in a Ritual Following the Opening Aquarius Number 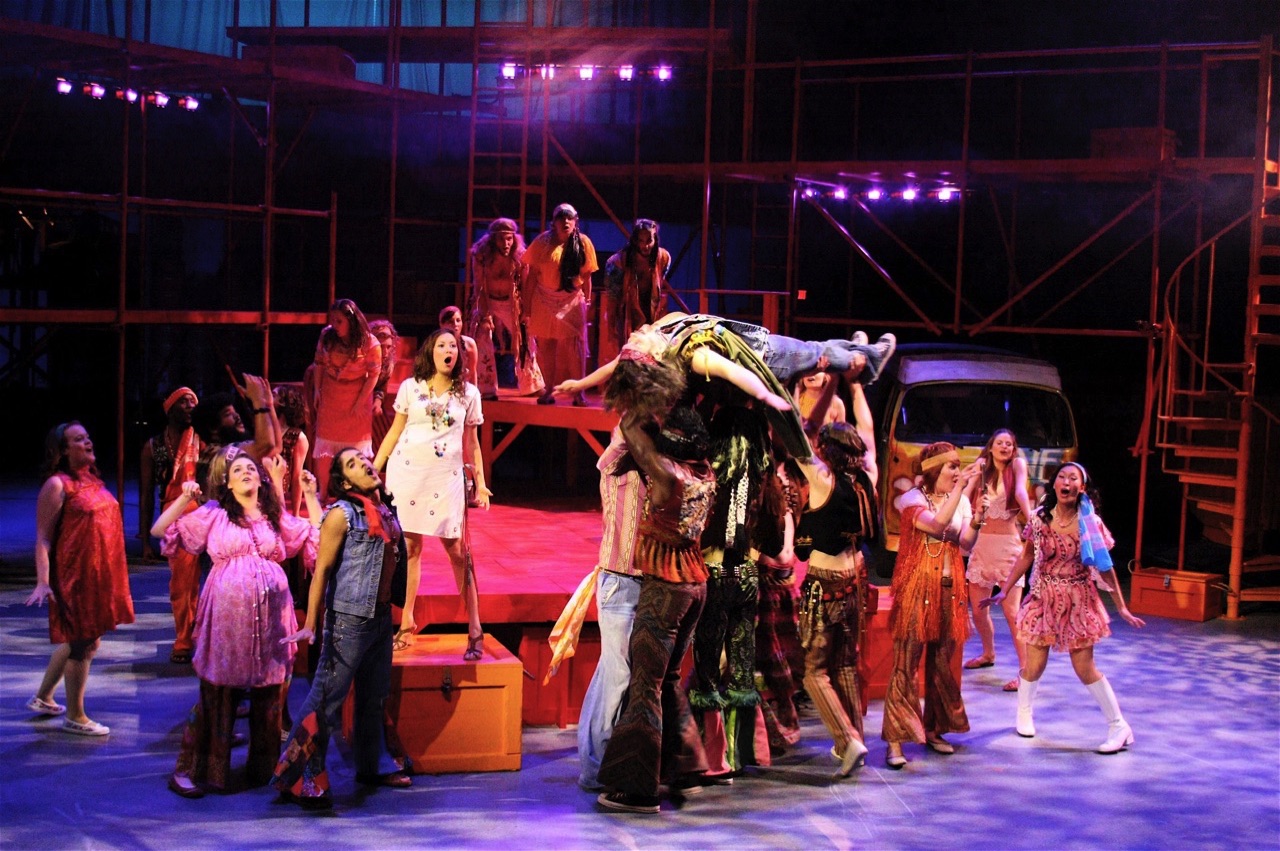 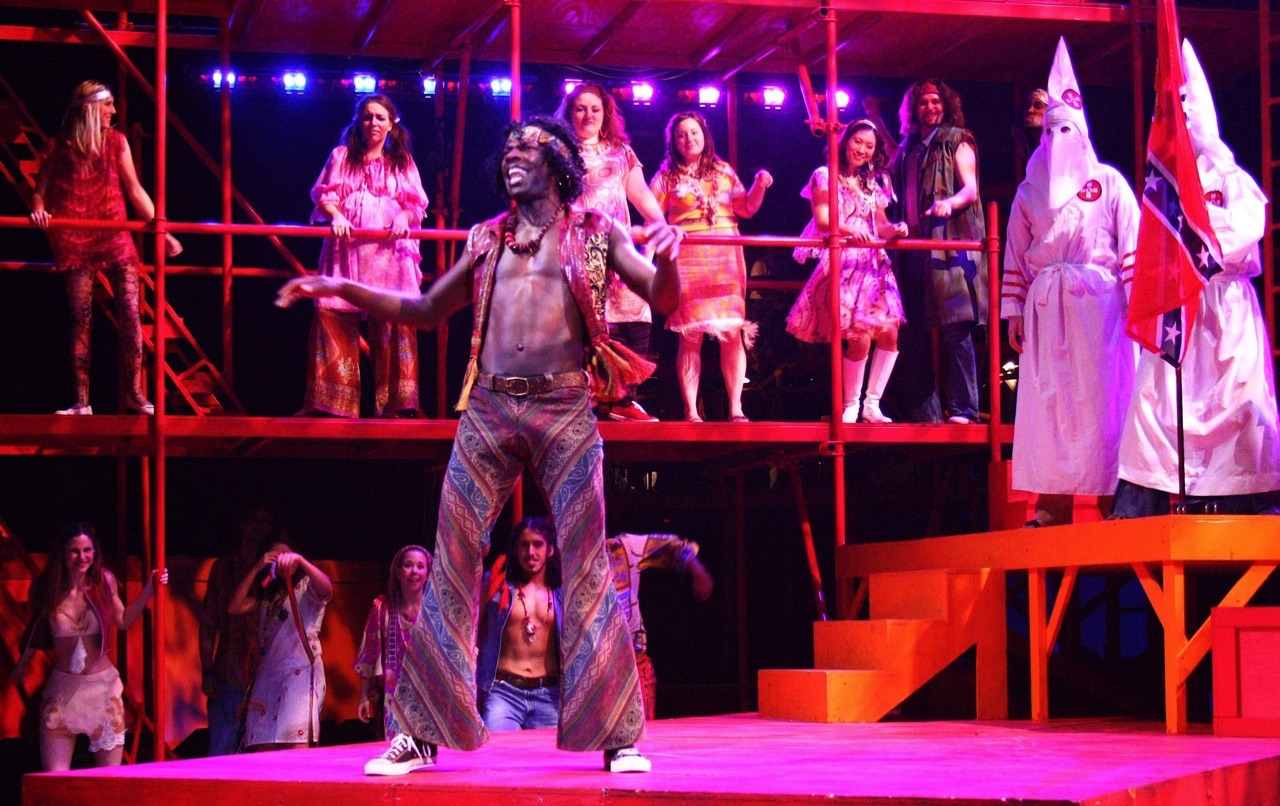 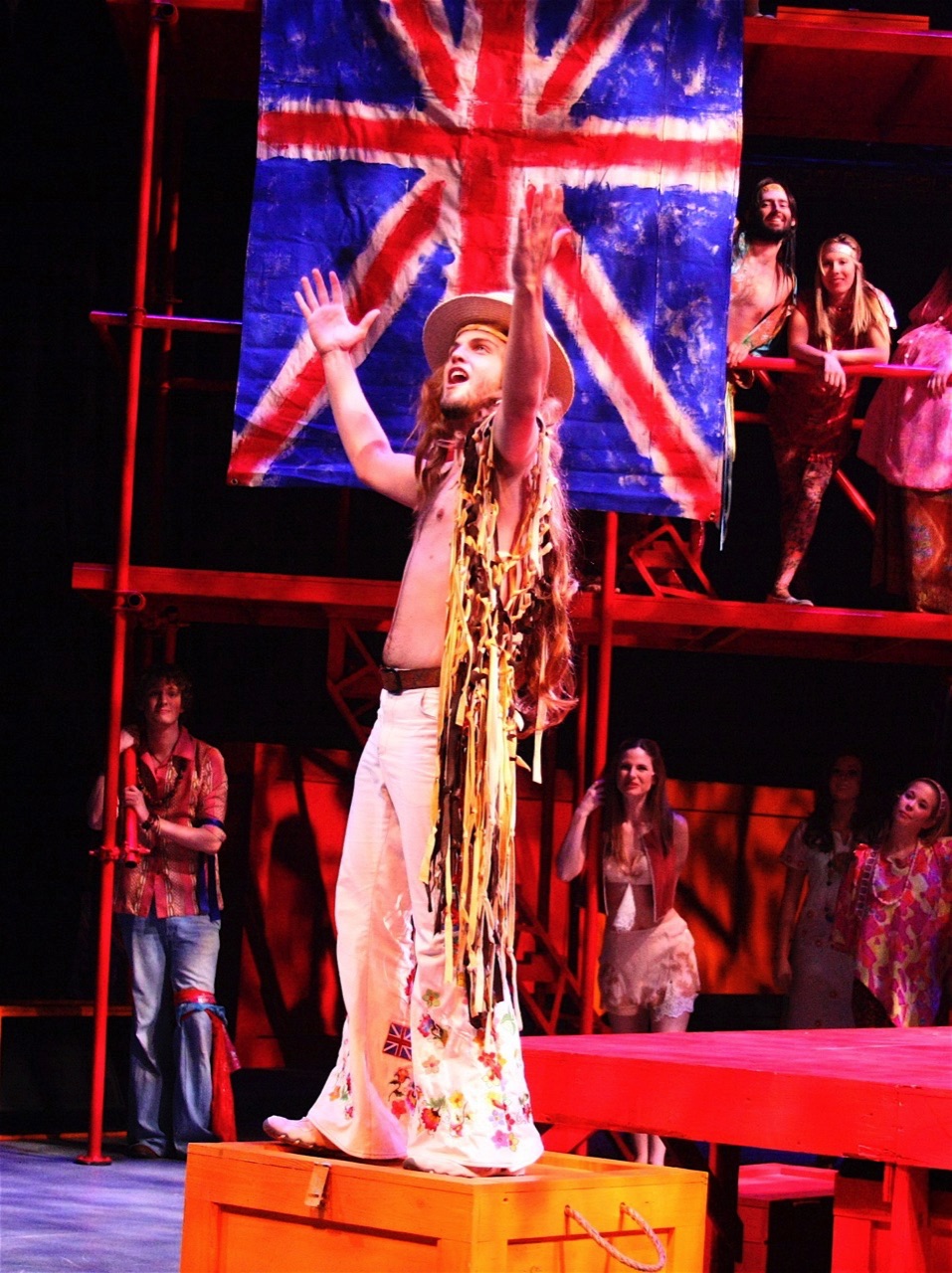 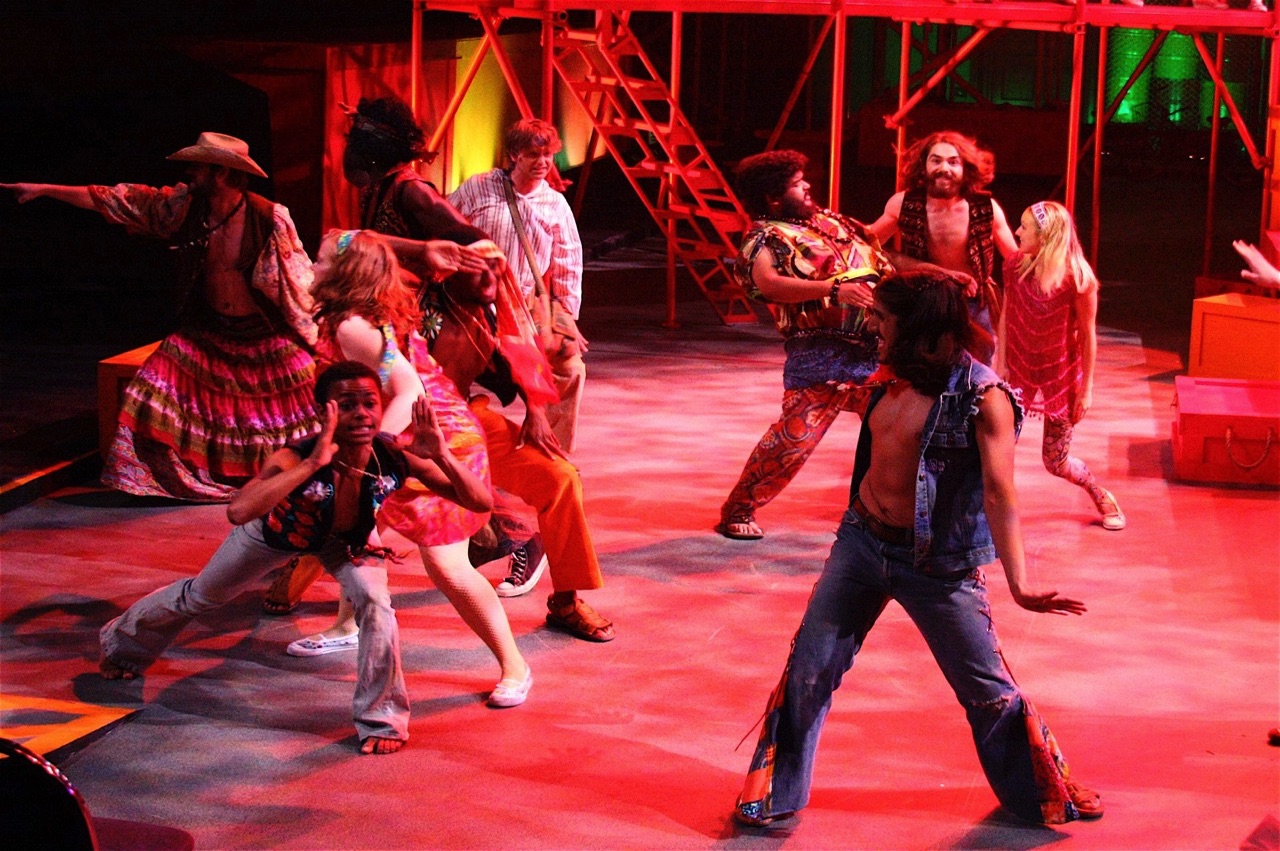 Ain't Got No Grass 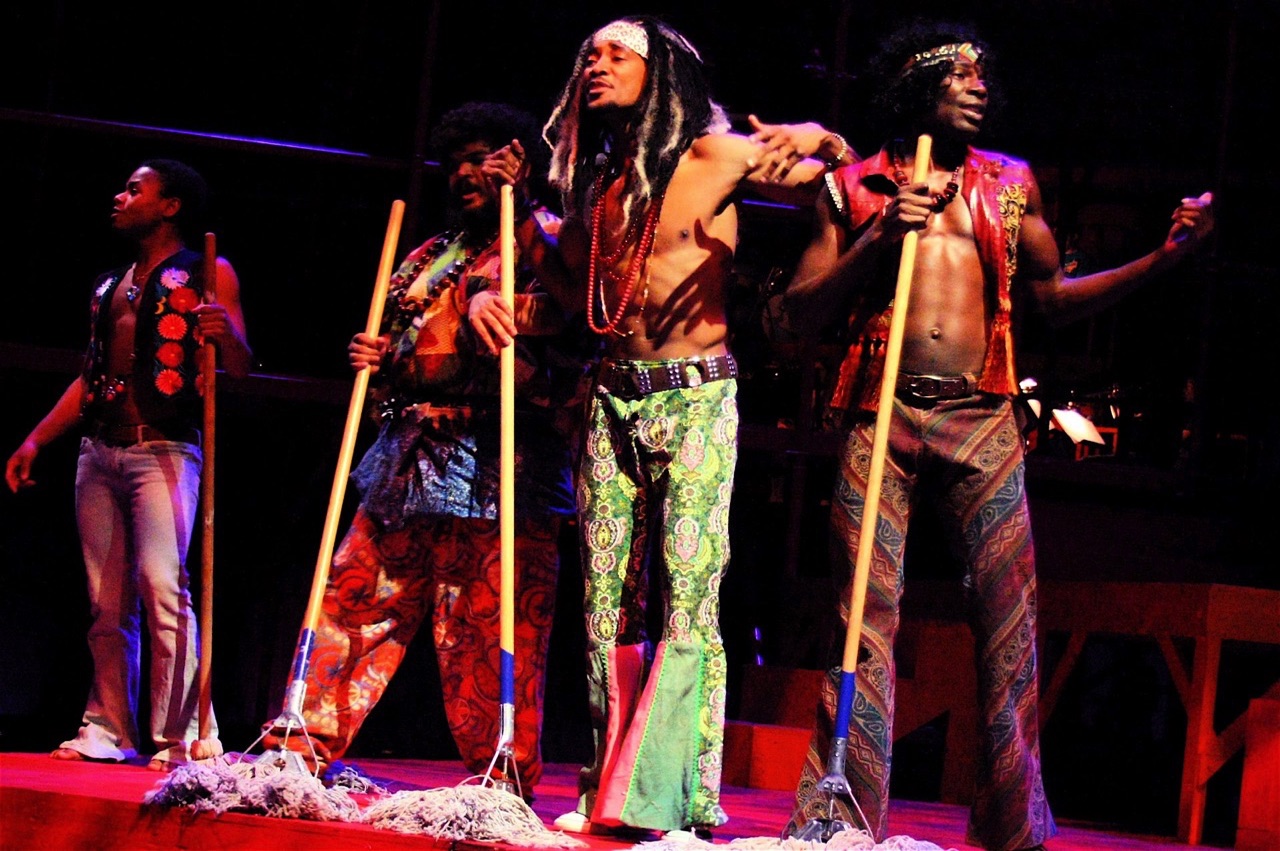 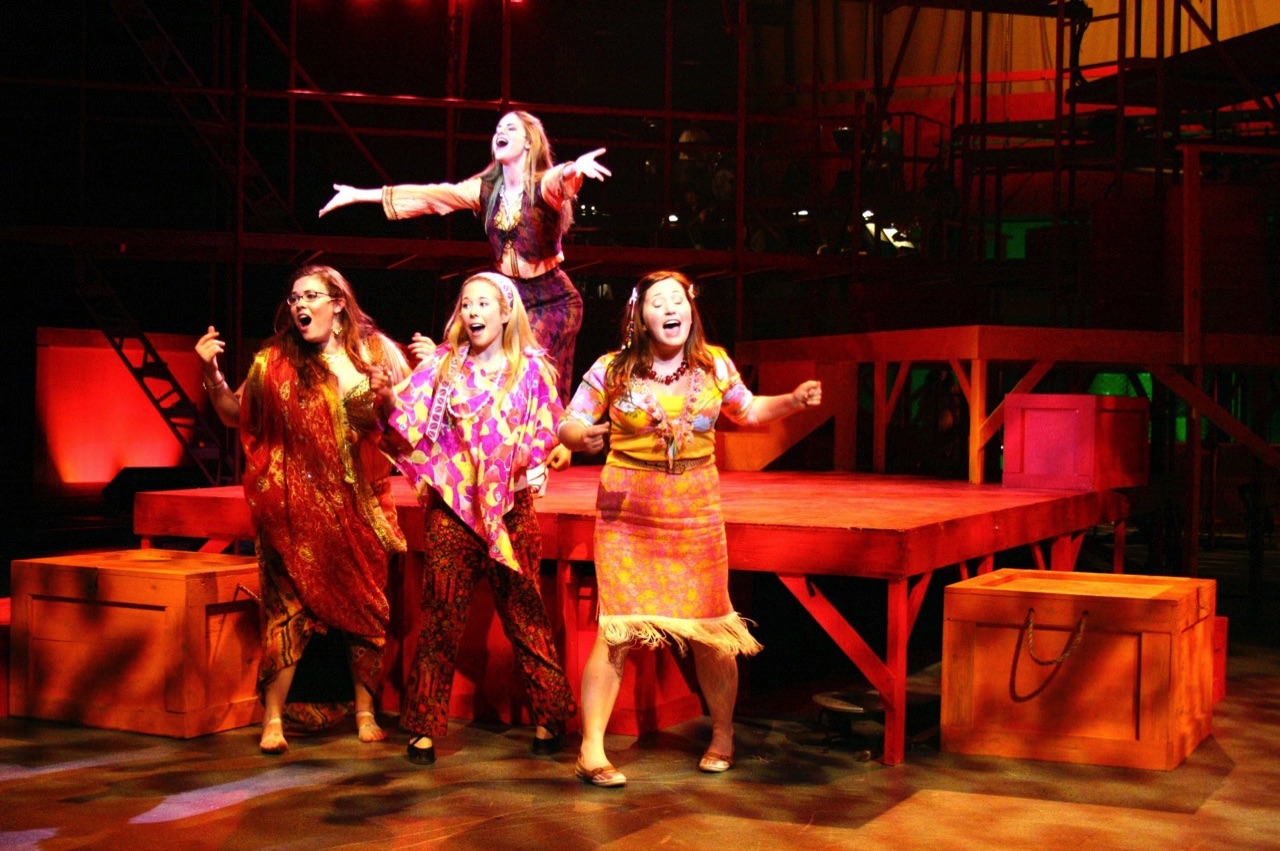 I Believe in Love 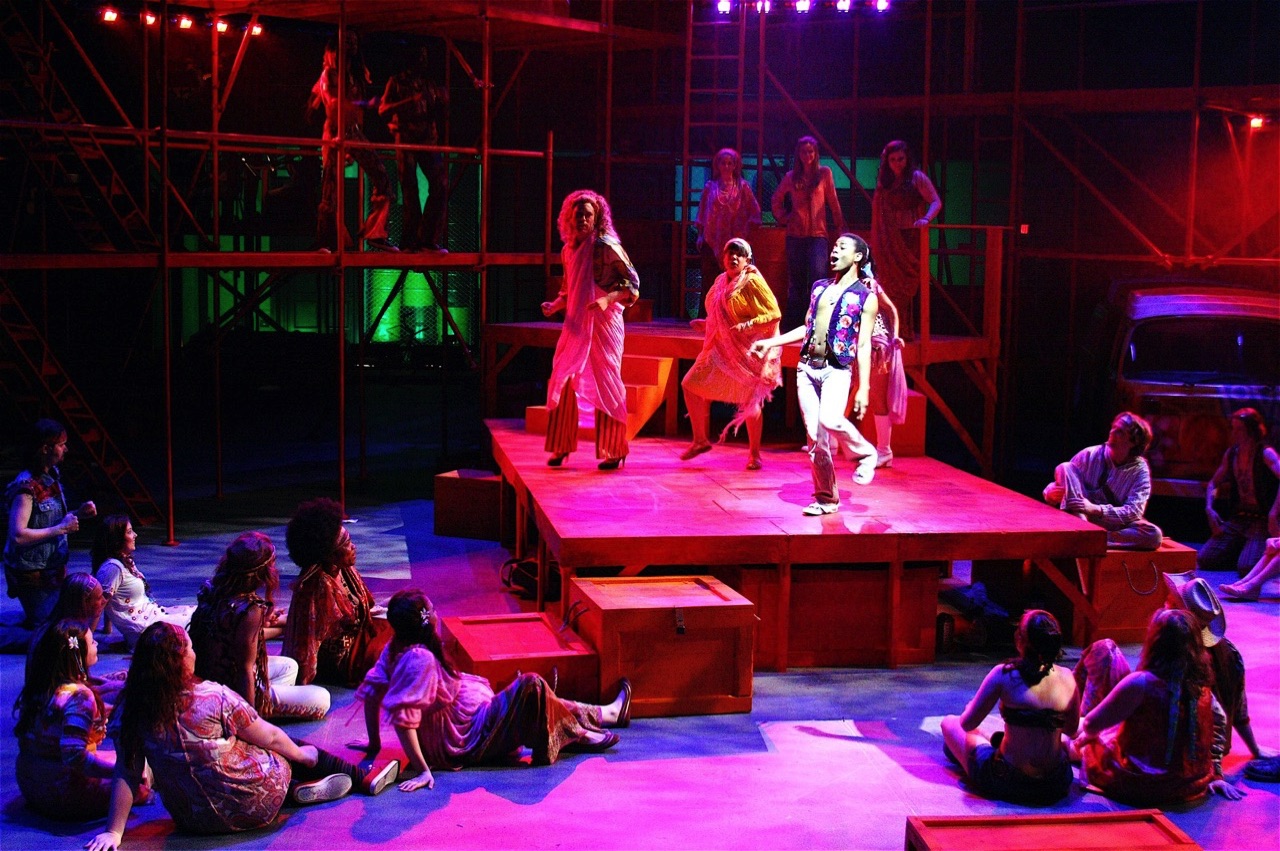 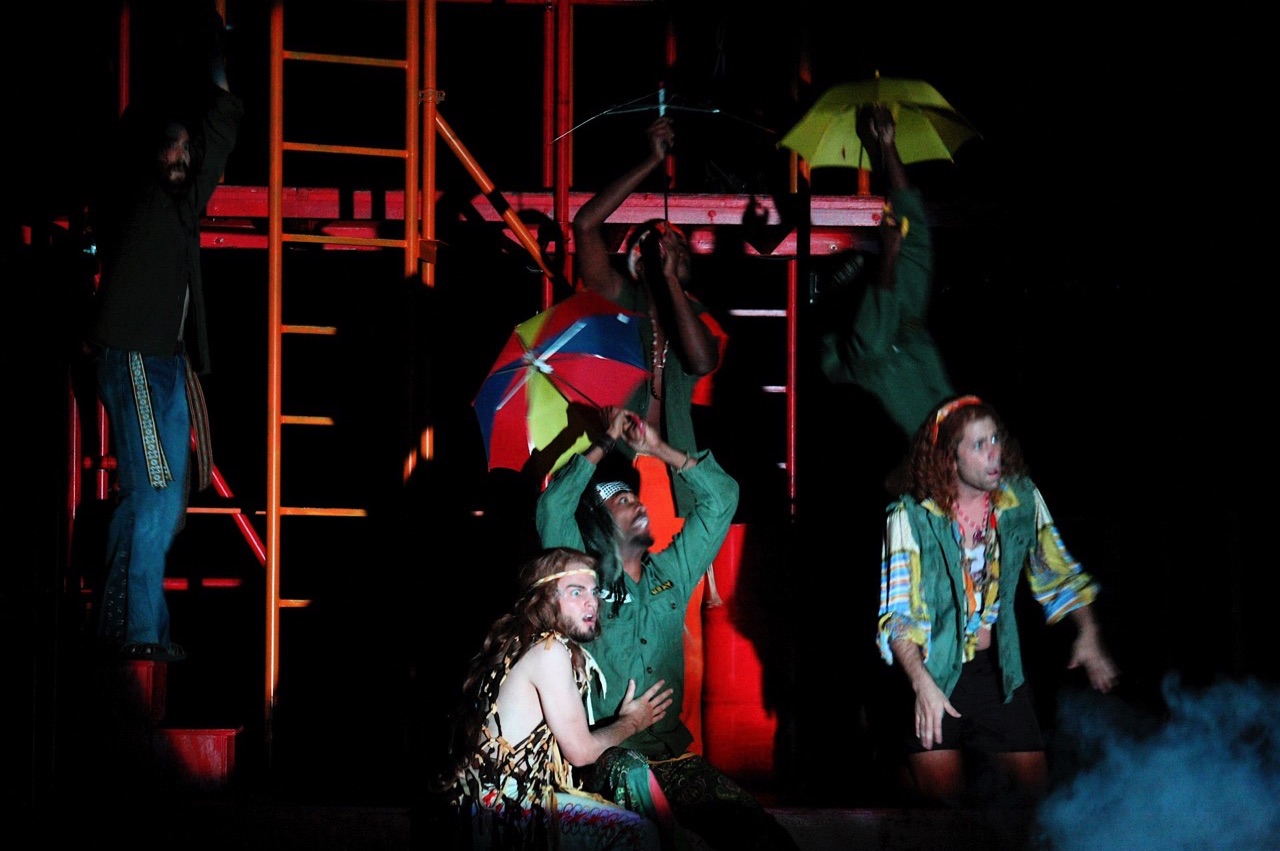 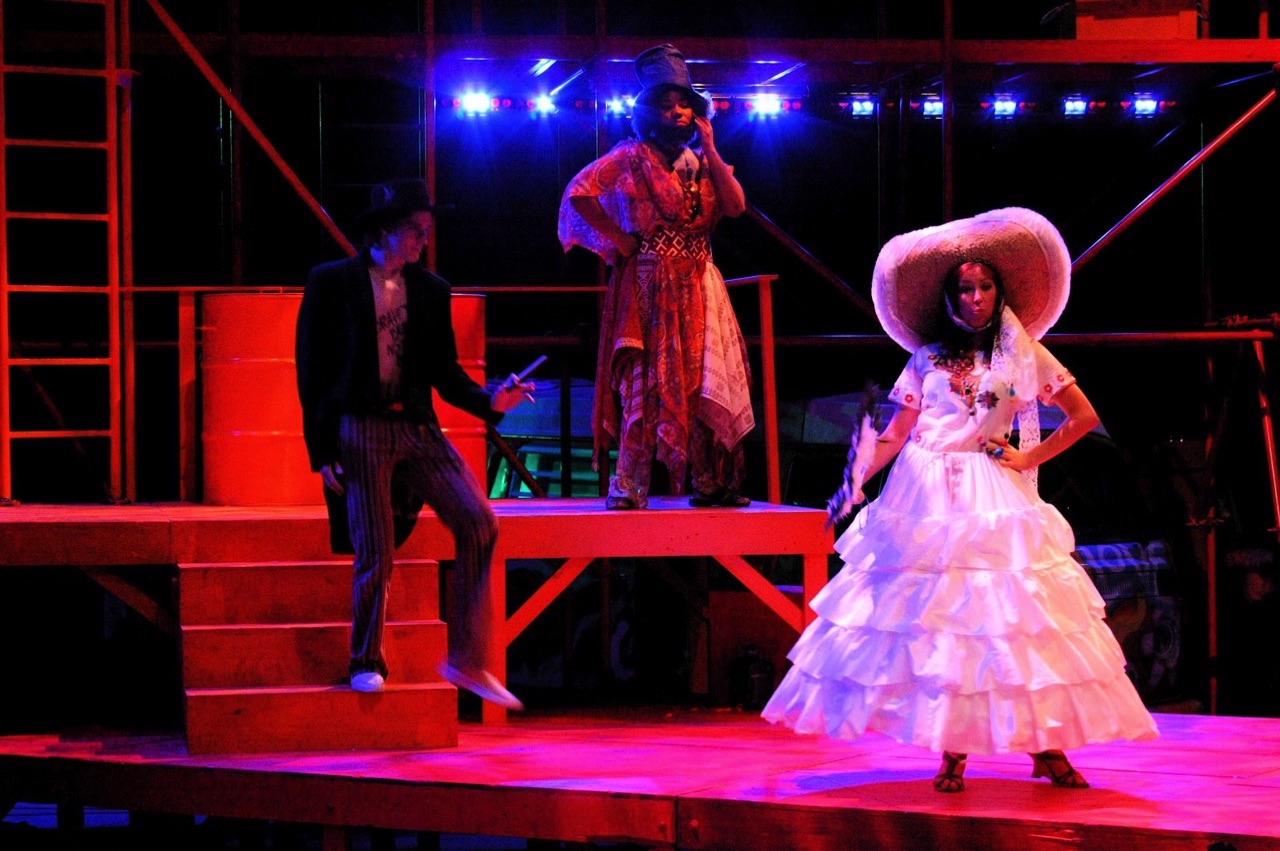 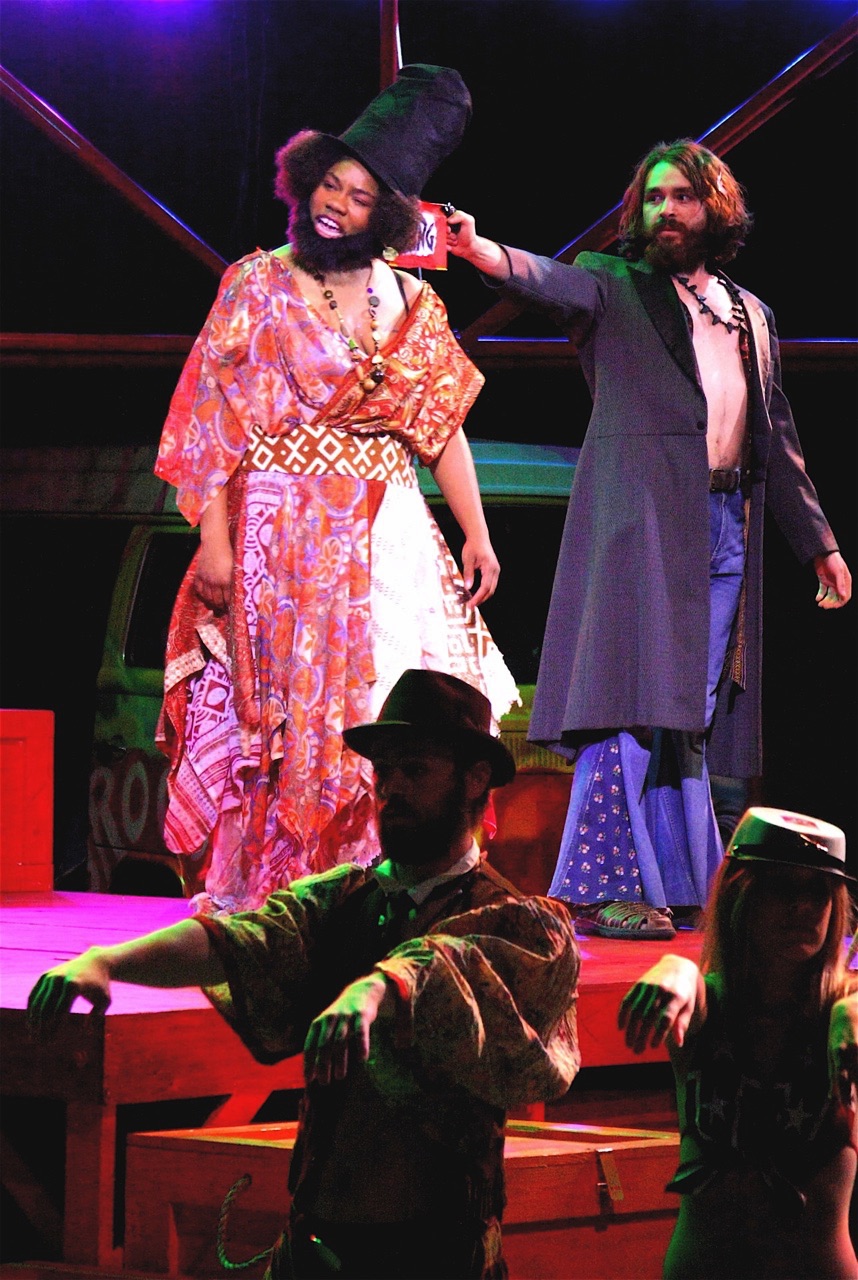 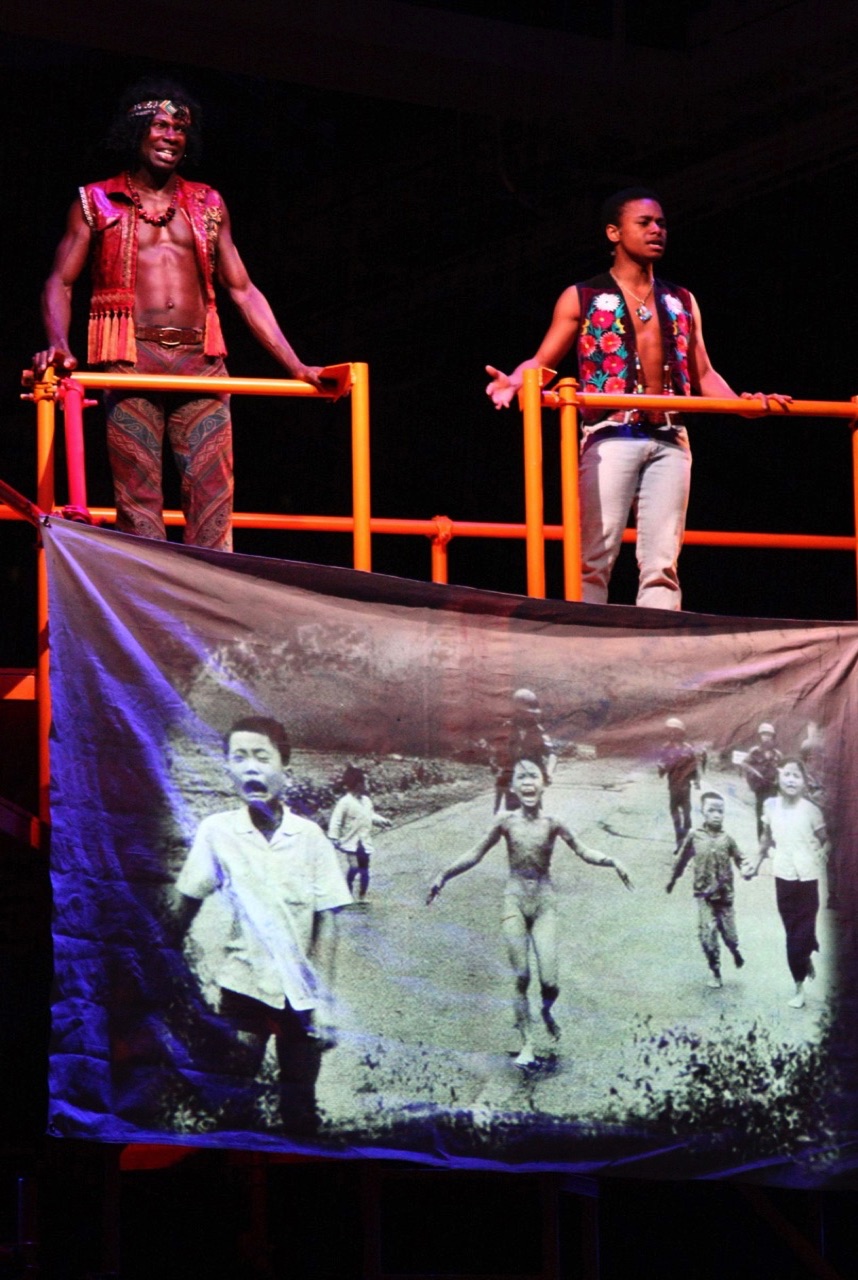 What a Piece of Work is Man 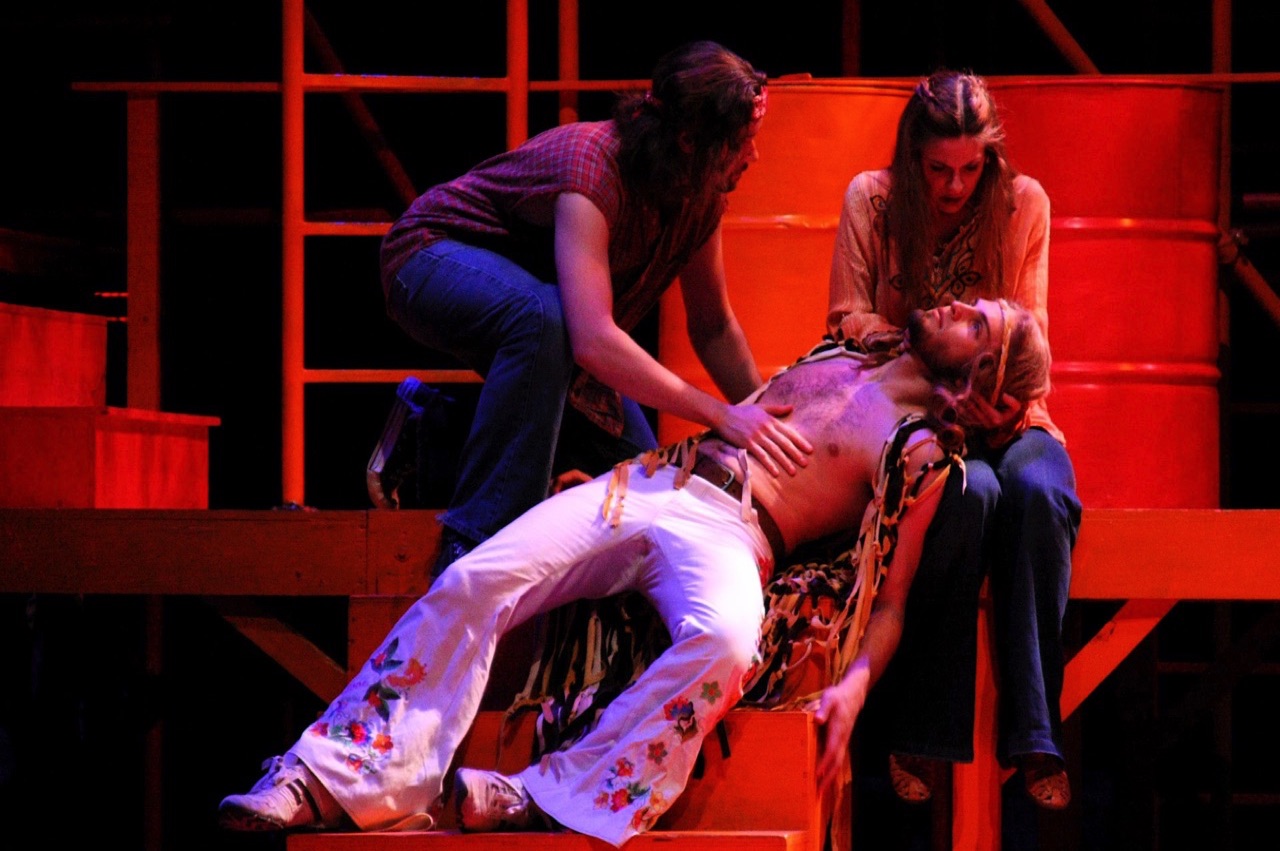 Claude Coming out of His Trip 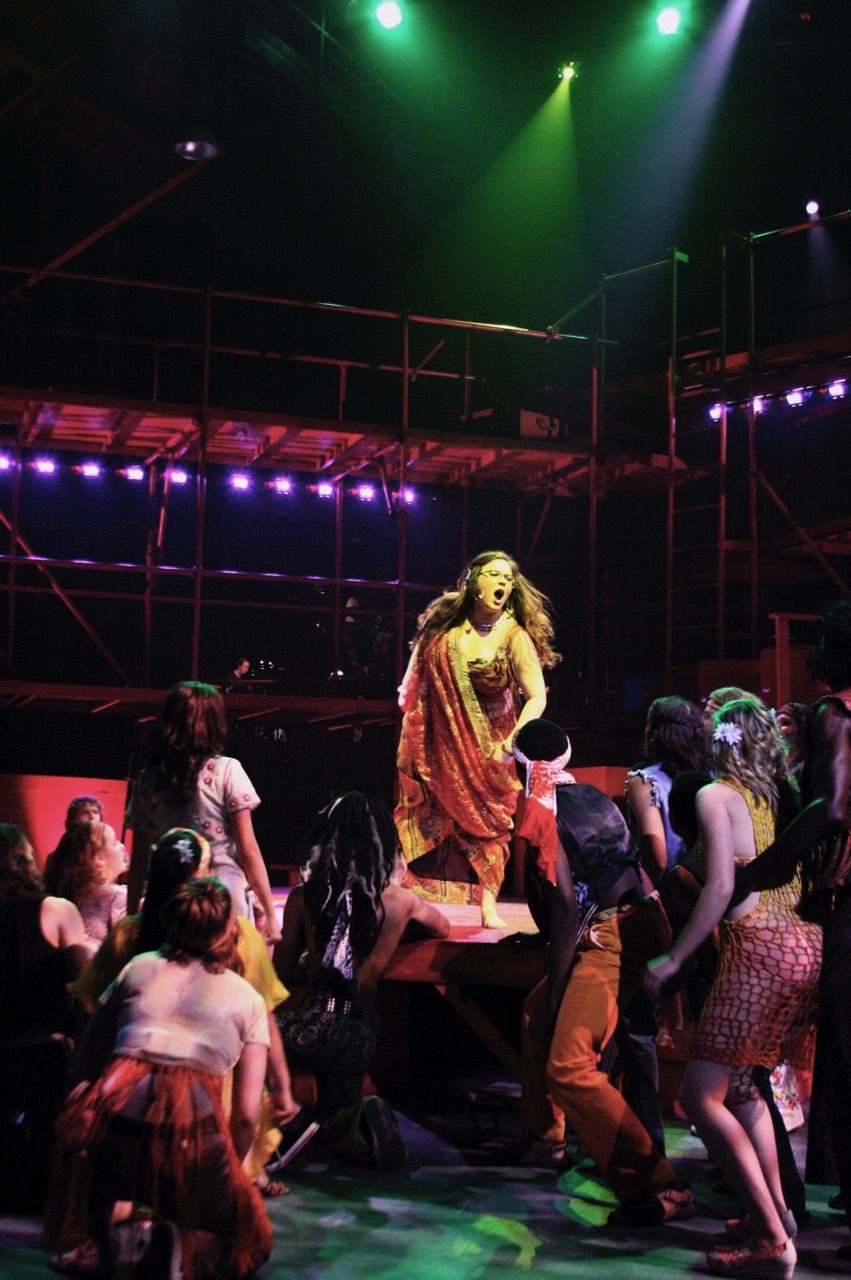 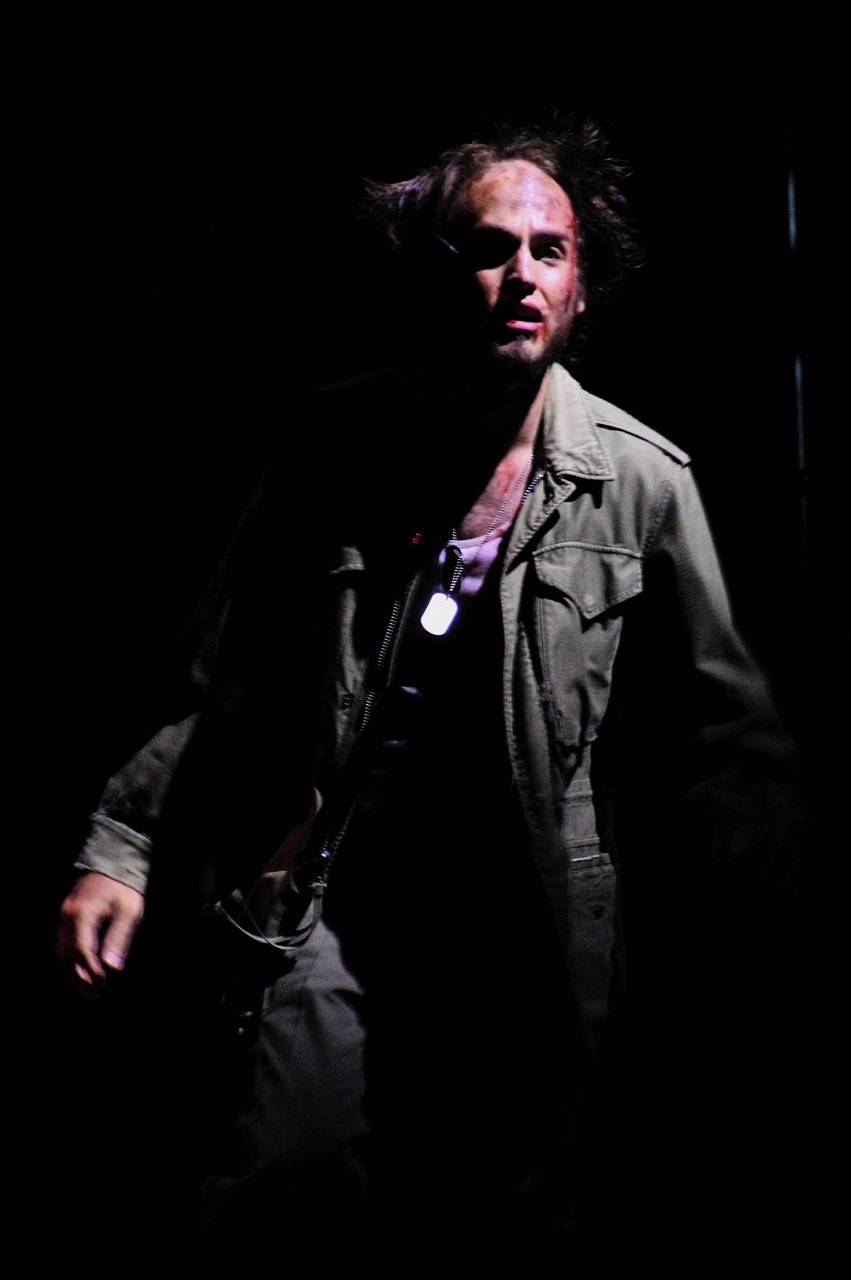 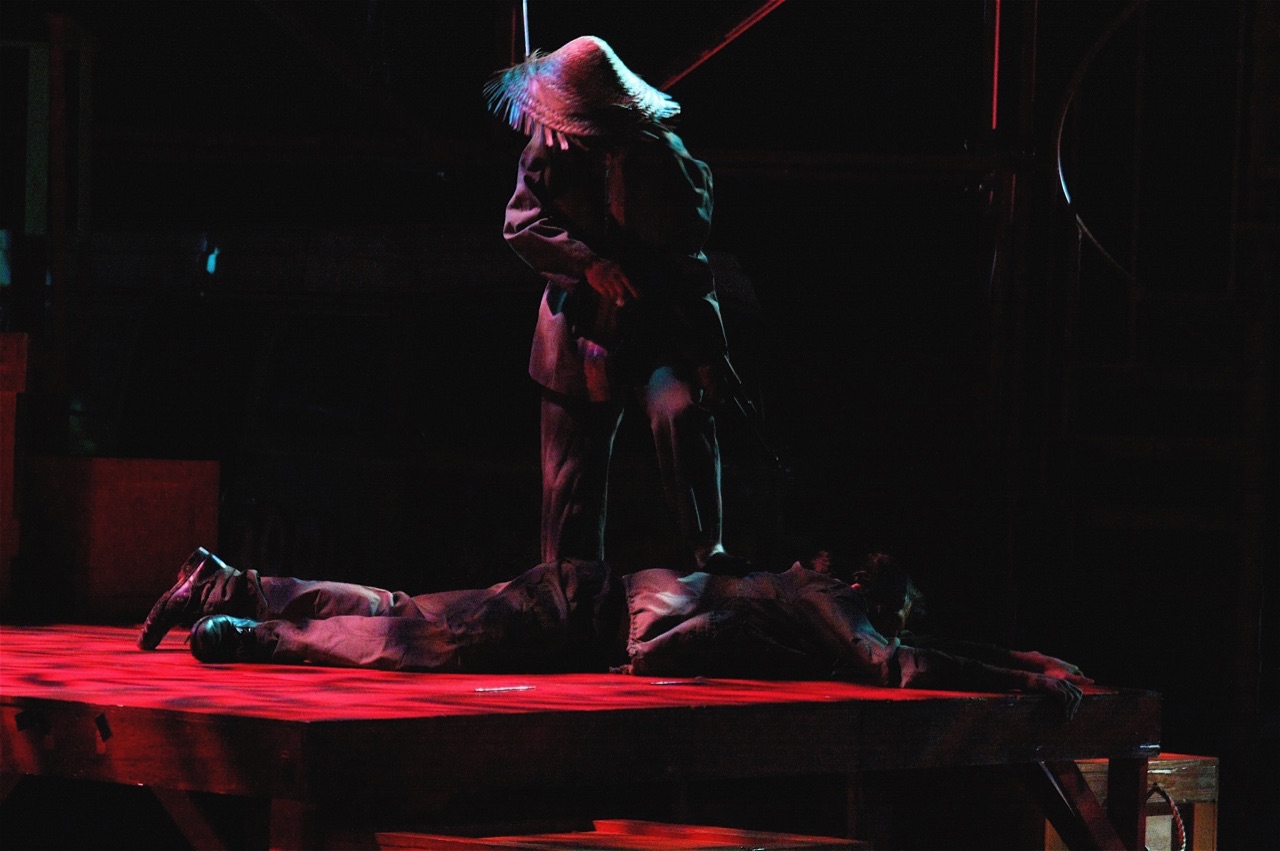 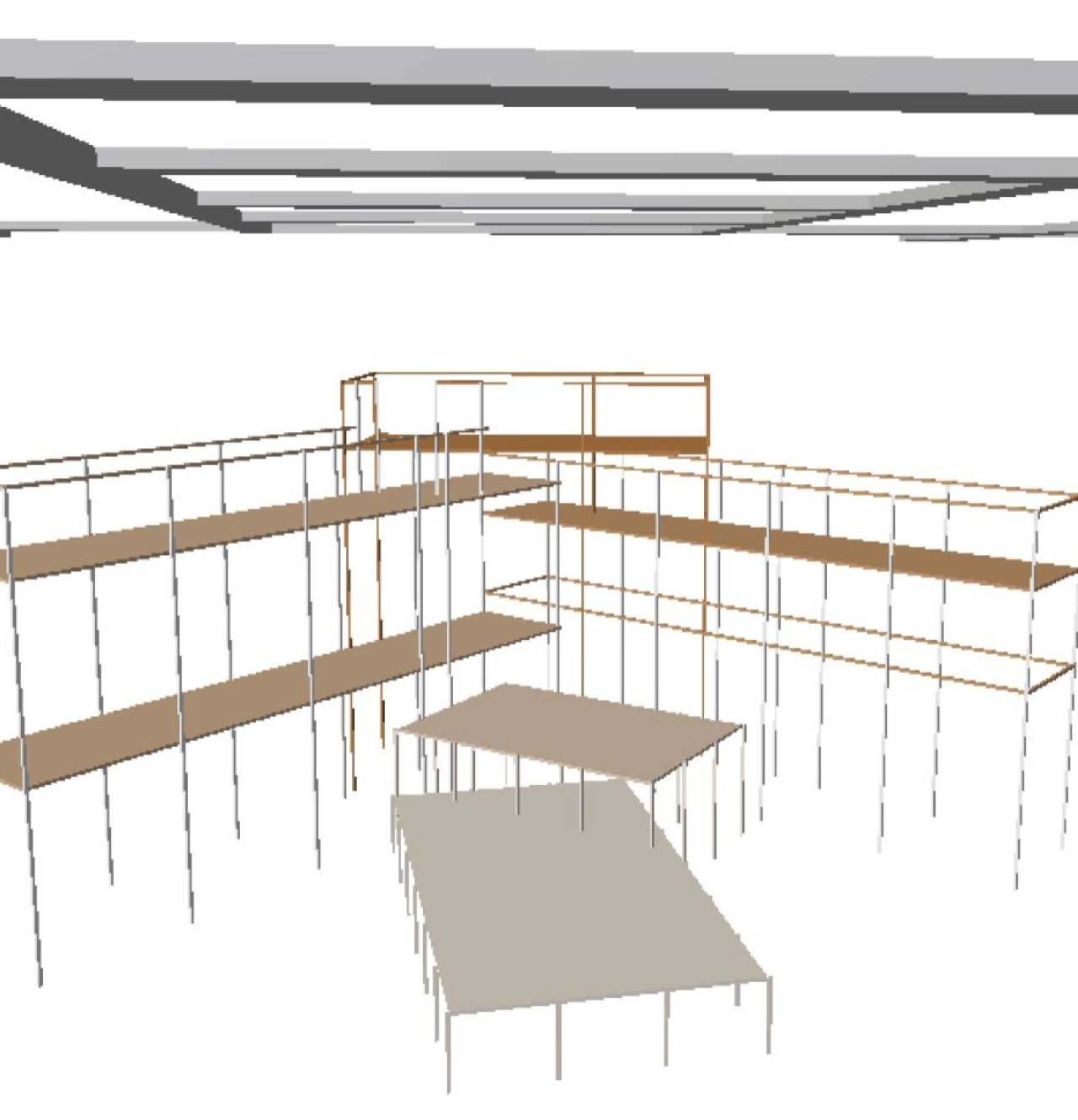