In Macbeth most of the play takes place at night or during a storm. Only the scenes with Duncan and in the home of MacDuff occur in an environment with any sense of warmth.  In the face of this scenic dimension, darkness and shadow become as important to the overall design as light is.

Experiments with the model revealed that the most pleasing angle from which to light the show was a low side light or shin lighting position. This presented a design challenge - to find or create these positions without hindering the access of the actor to the stage. As the plot and section below indicate, a number of non-traditional lighting positions were made to create this effect, including the removal of a few doors to storage areas as well as capitalizing on the open carriages of some of the escape stairs.

The director requested a thin - non-saturate - color palette while at the same time remaining true to the "Bloody, Bold and Resolute" approach to the play in general. This potential paradox was resolved when in the end we determined that not all saturate color was undesirable; it instead was simply important to keep the hue focused, and not to “play too many notes” at any one time. 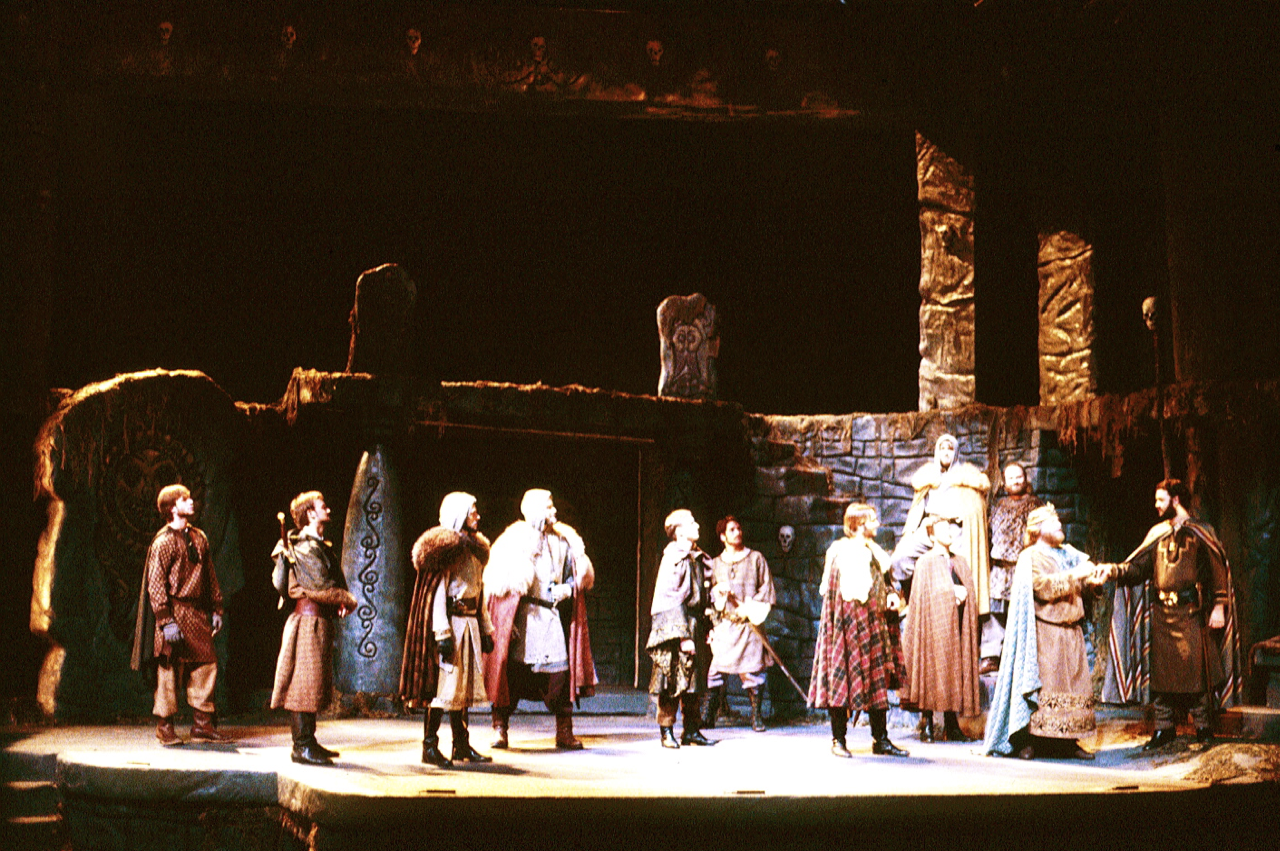 King Duncan is Received in the Home of Macbeth 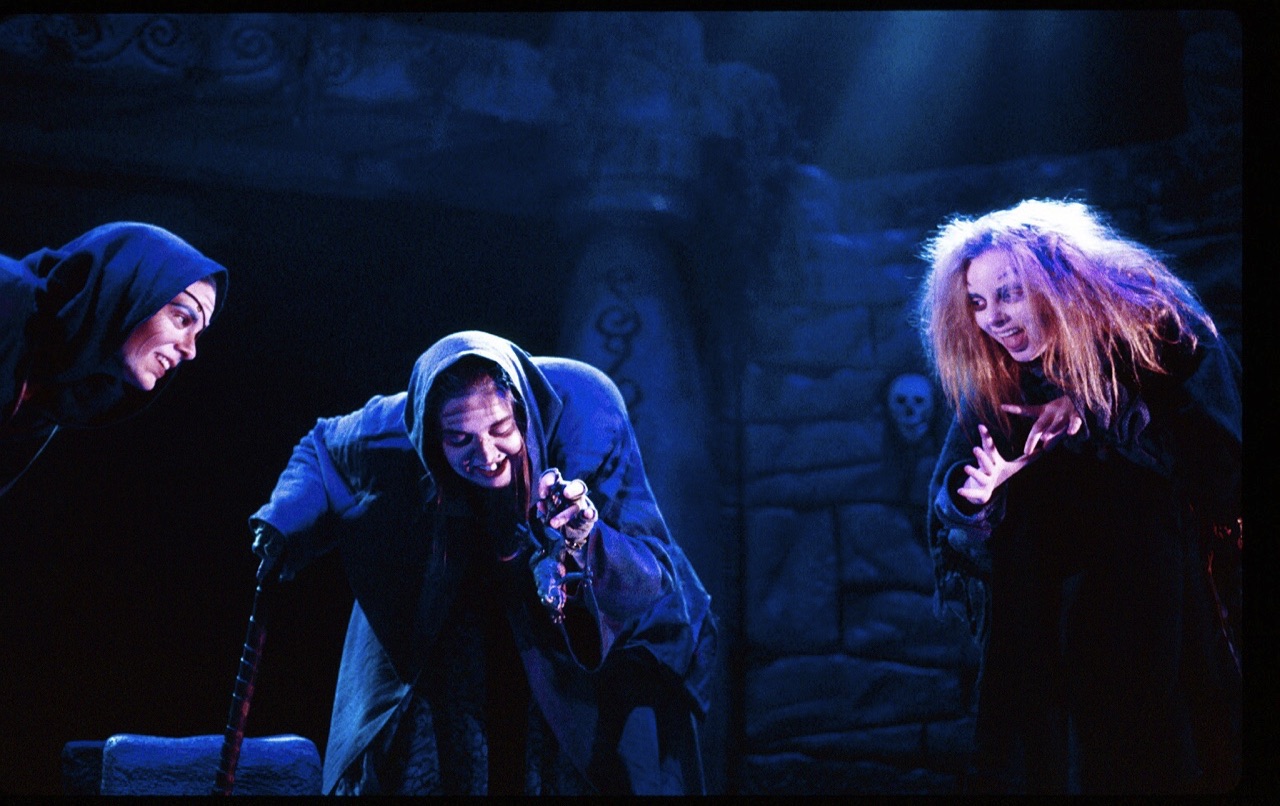 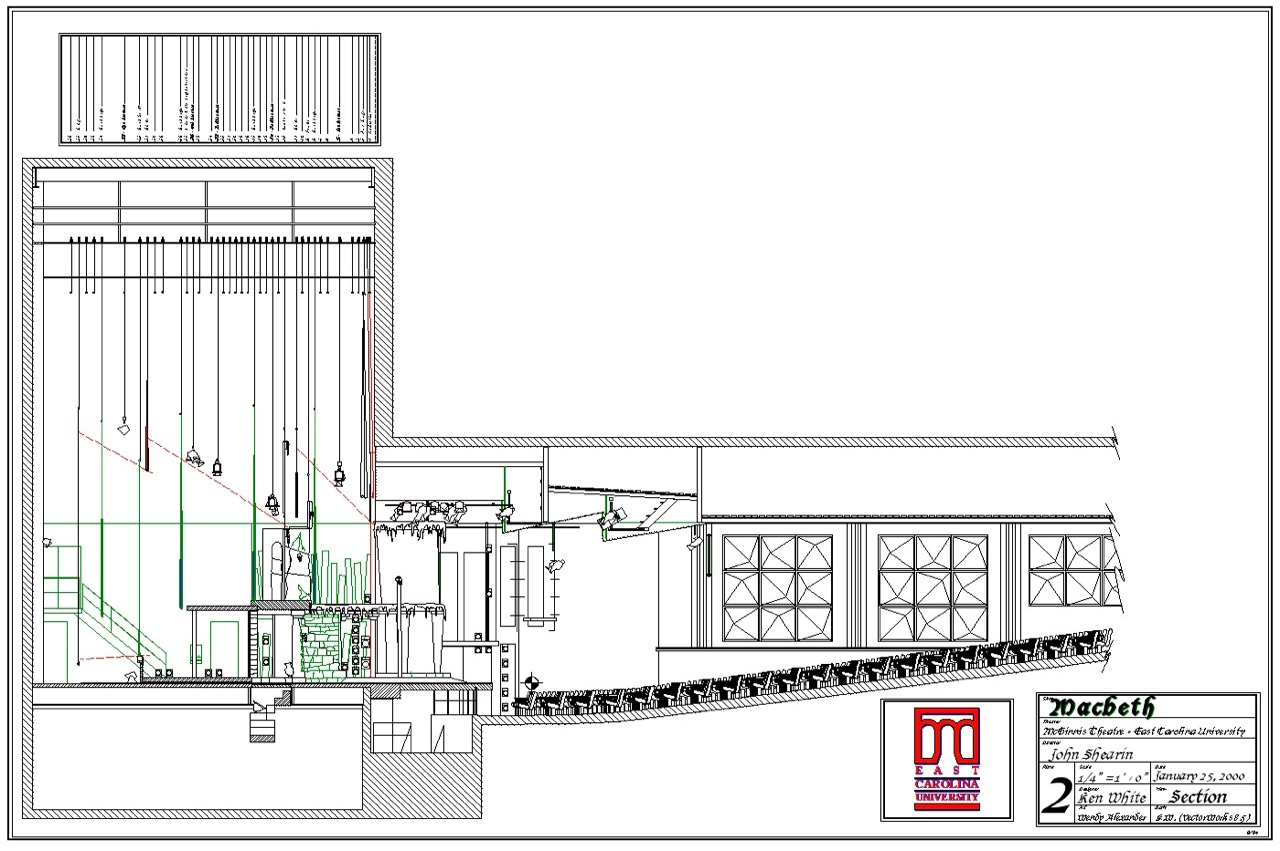 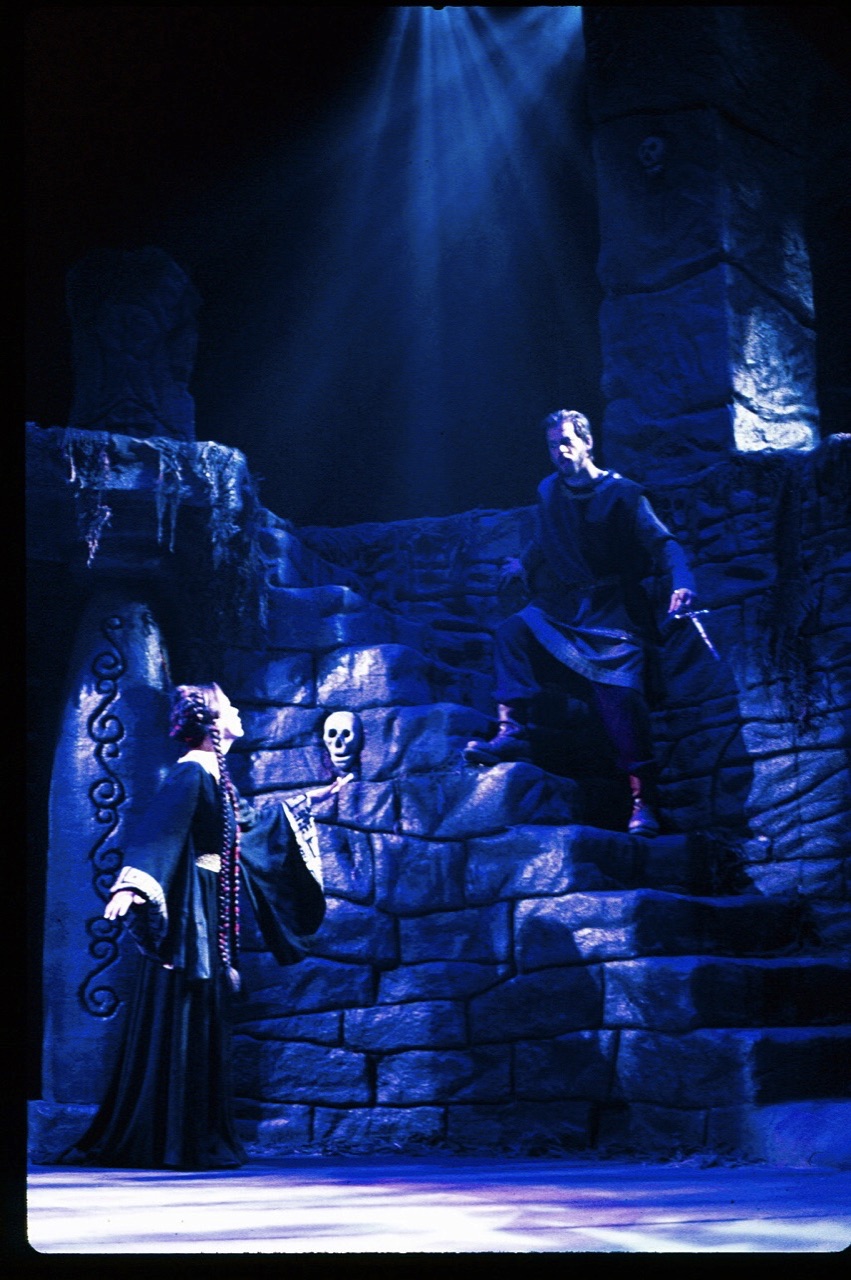 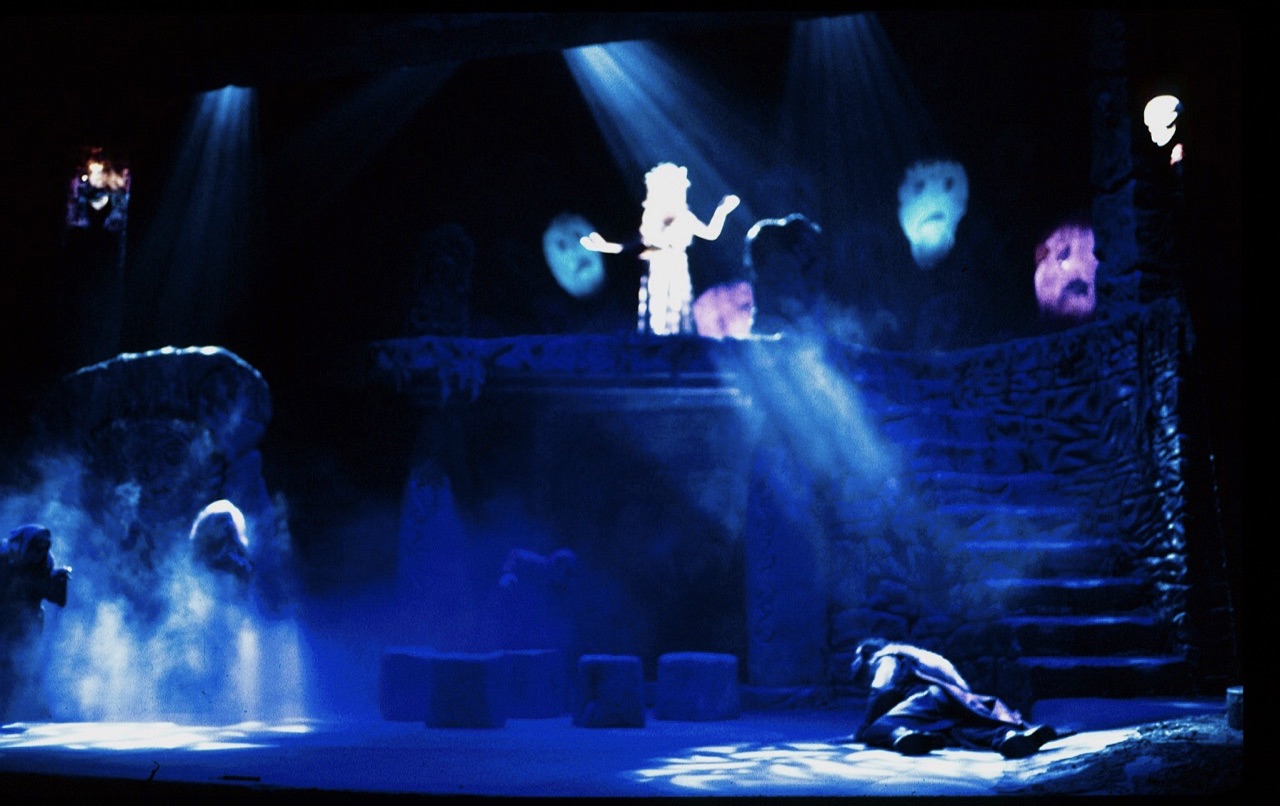 Macbeth Encounters Hecate and the Apparitions