The lighting design for The Physicists at the Cumberland County Playhouse followed a very different approach from the production of the same play two years earlier at UT-Austin. Following the director’s lead the production was presented as a James Bond thriller. This approach included an opening Bondesque dance number, lasers, live video, and computer generated graphics, and all in 1989 with a very small budget. It was an ambitious design particularly given the resources and the era.

This design took huge leaps into the unknown, requiring a wide range of techniques and equipment never before used by the designer or by this theatre. Lab lasers were borrowed from one of the local small colleges, a new video projector was connected to a camcorder for the live video, and software and memory were purchased for my Macintosh ][ and I then learned how to make a computer-animated graphic of an orbital tracking map. The overall process was at the same time both terrifying and exciting. 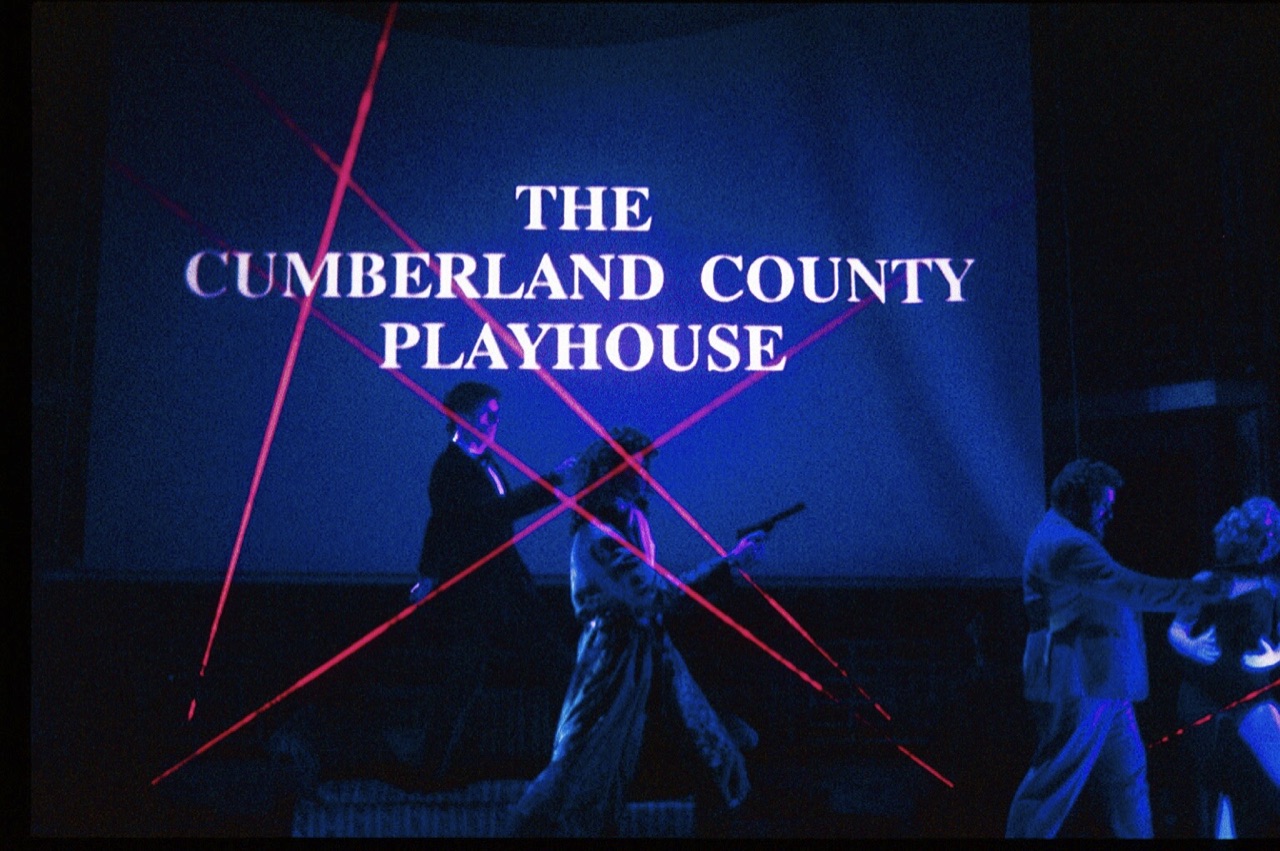 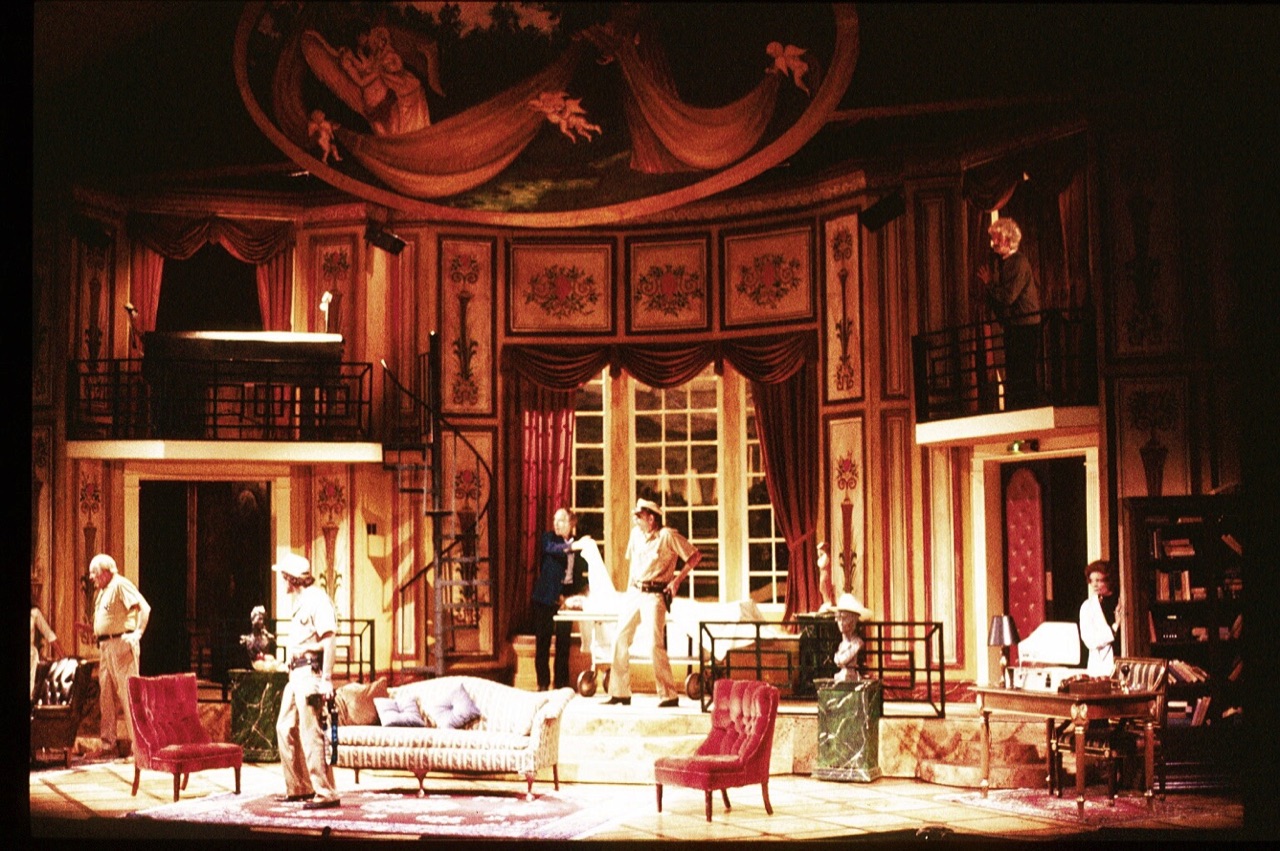 The Doctor and other Patients Spy on Everyone 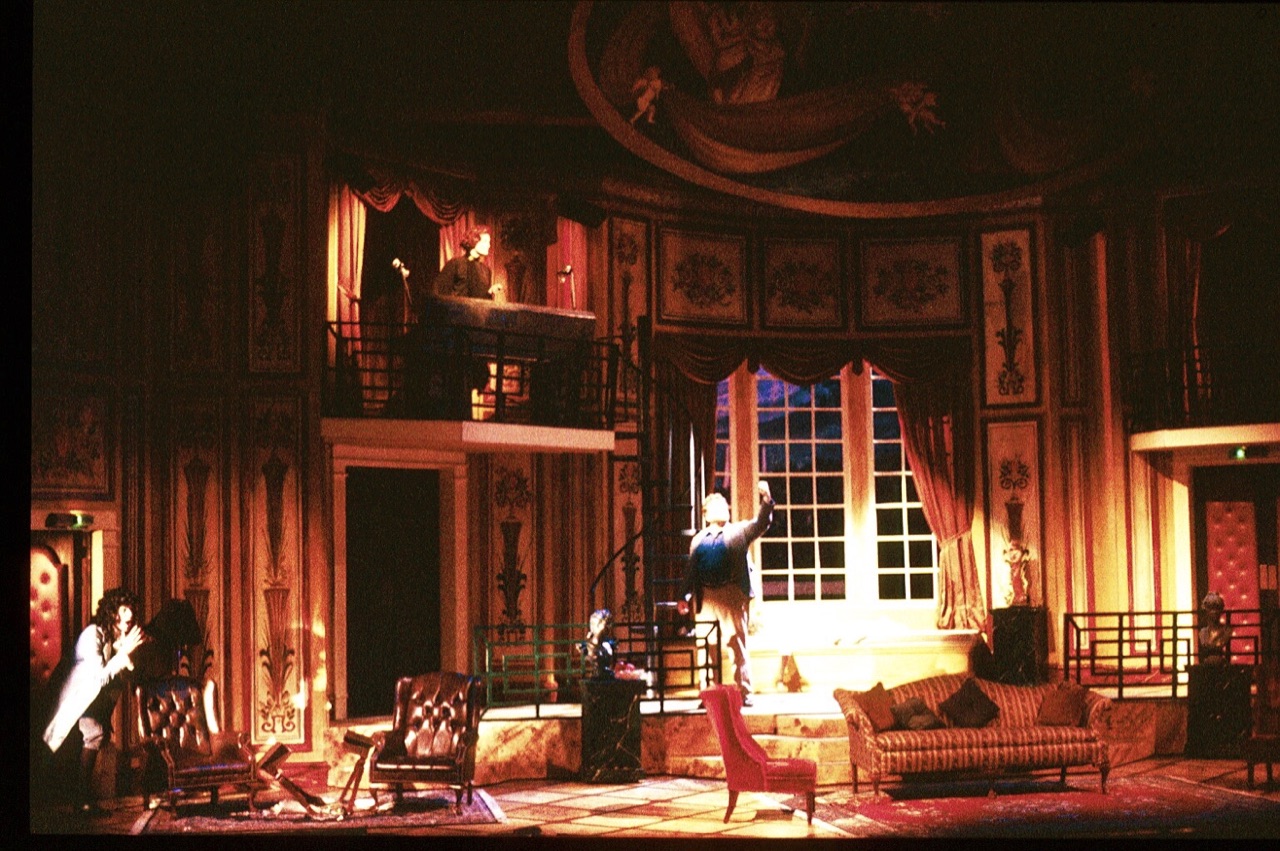 Mobius has Murdered his Nurse 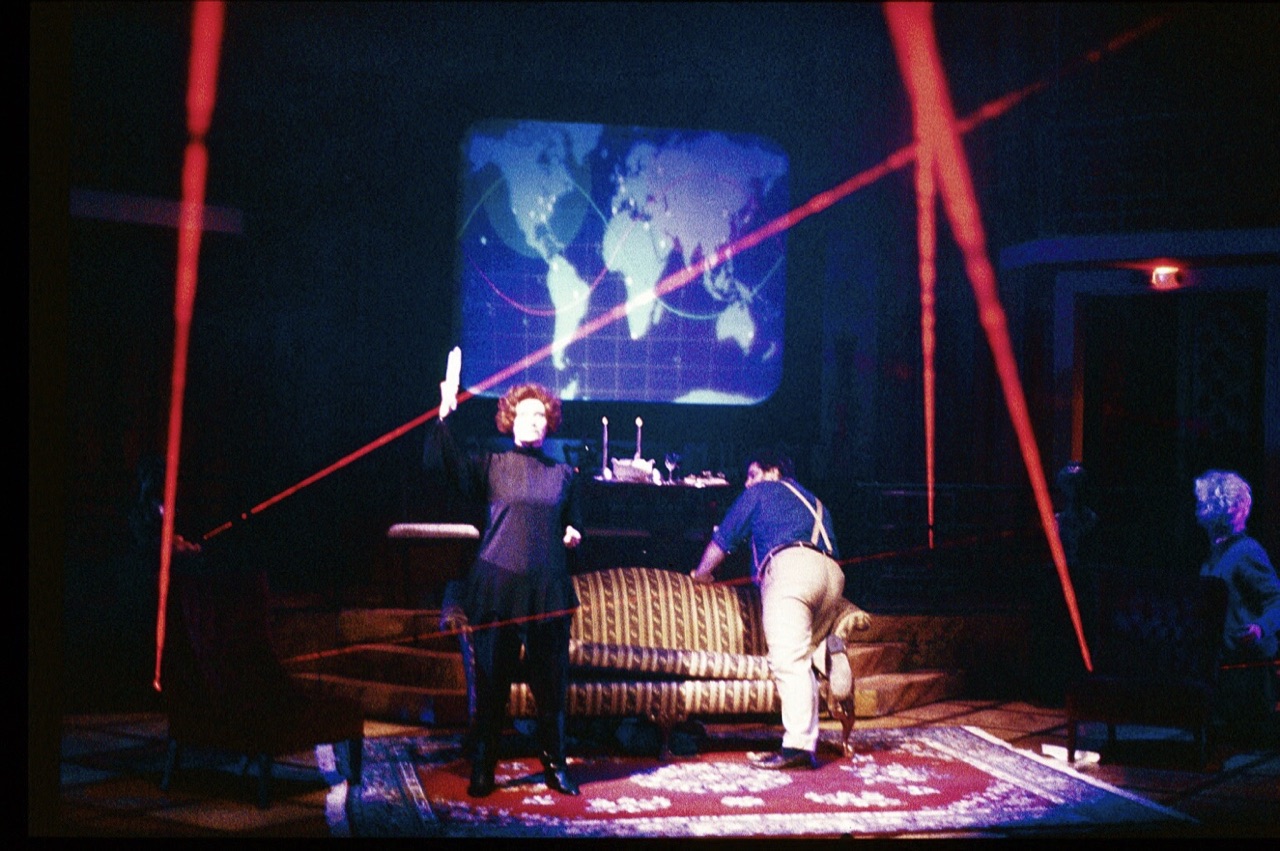 The Mad Doctor’s Plan to Take Over the World 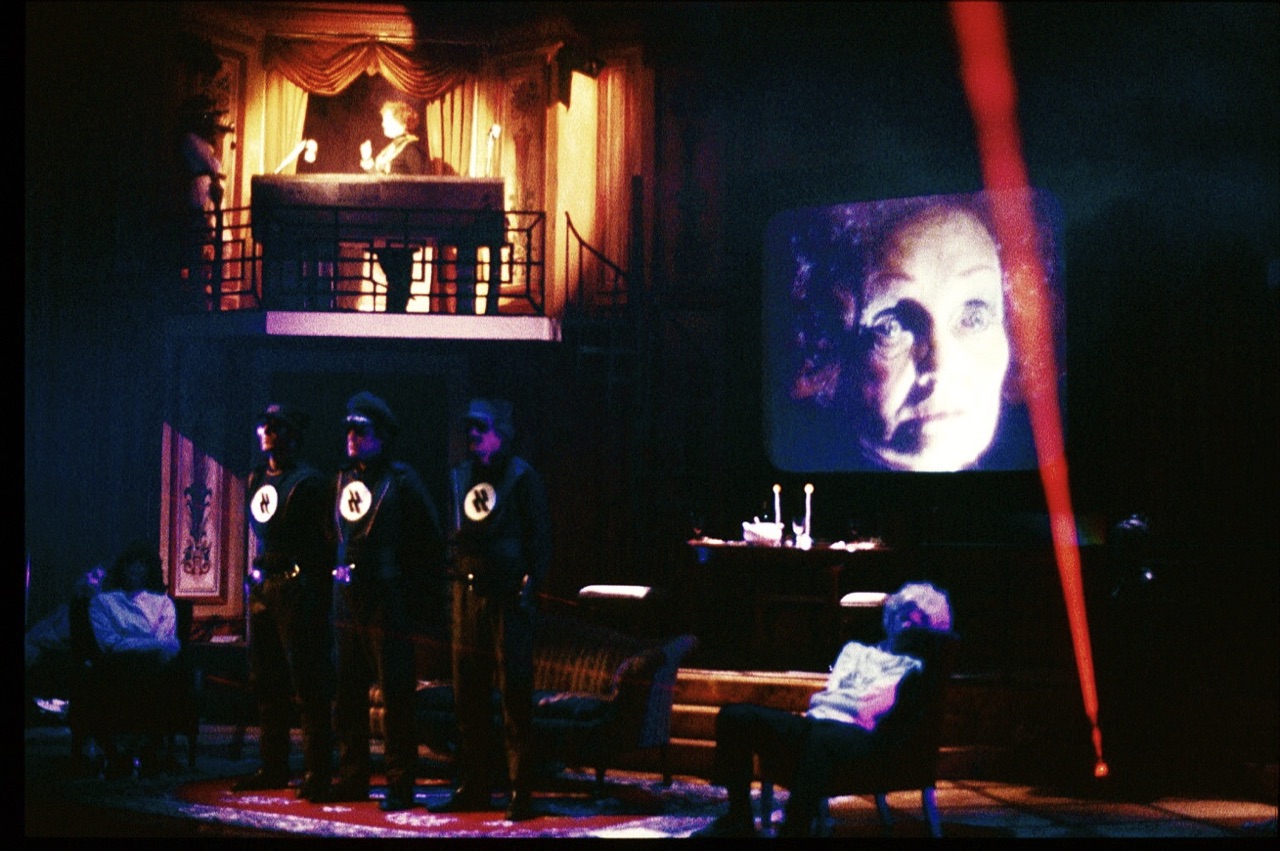 The Mad Doctor’s Broadcast to the World