It is hard to dance without movement and the musical Footloose is all about dance. The scenic design used a dance club as its inspiration, and the lighting design for this production built upon this approach, and added the integral element of movement. The extensive number of light cues in the dance numbers drove the number of cues in this show to over 300 and many of these cues were chases or effects. A link to a pdf of the designer script can be found below. It is also important to note how extensively cues were linked to each other to help facilitate the stage manager’s ability to call this intensive show.

With all of the cues and movement, it is important to note that these were not cues for the sake of having cues, or random distracting movements, but movements driven by the music and focusing on the story of the play, from the bright halls of the high school, to the country bar in act II, and everything in between. 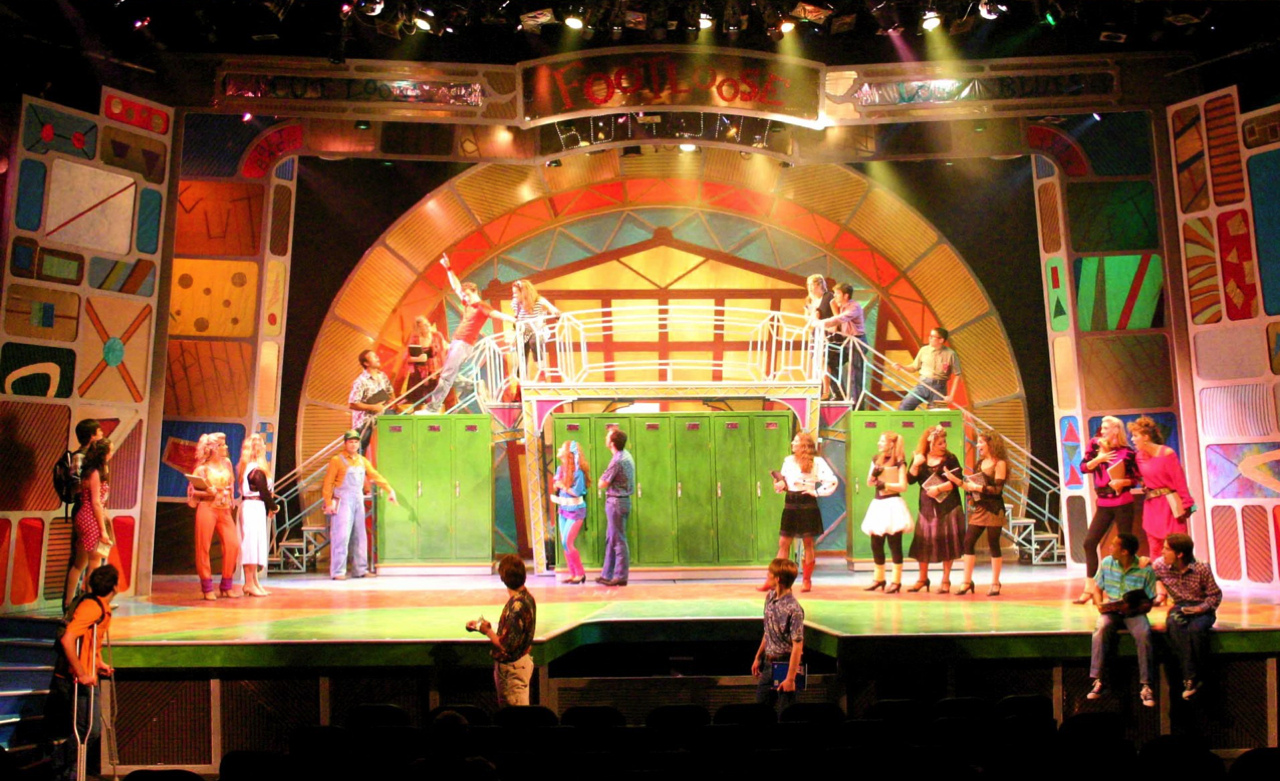 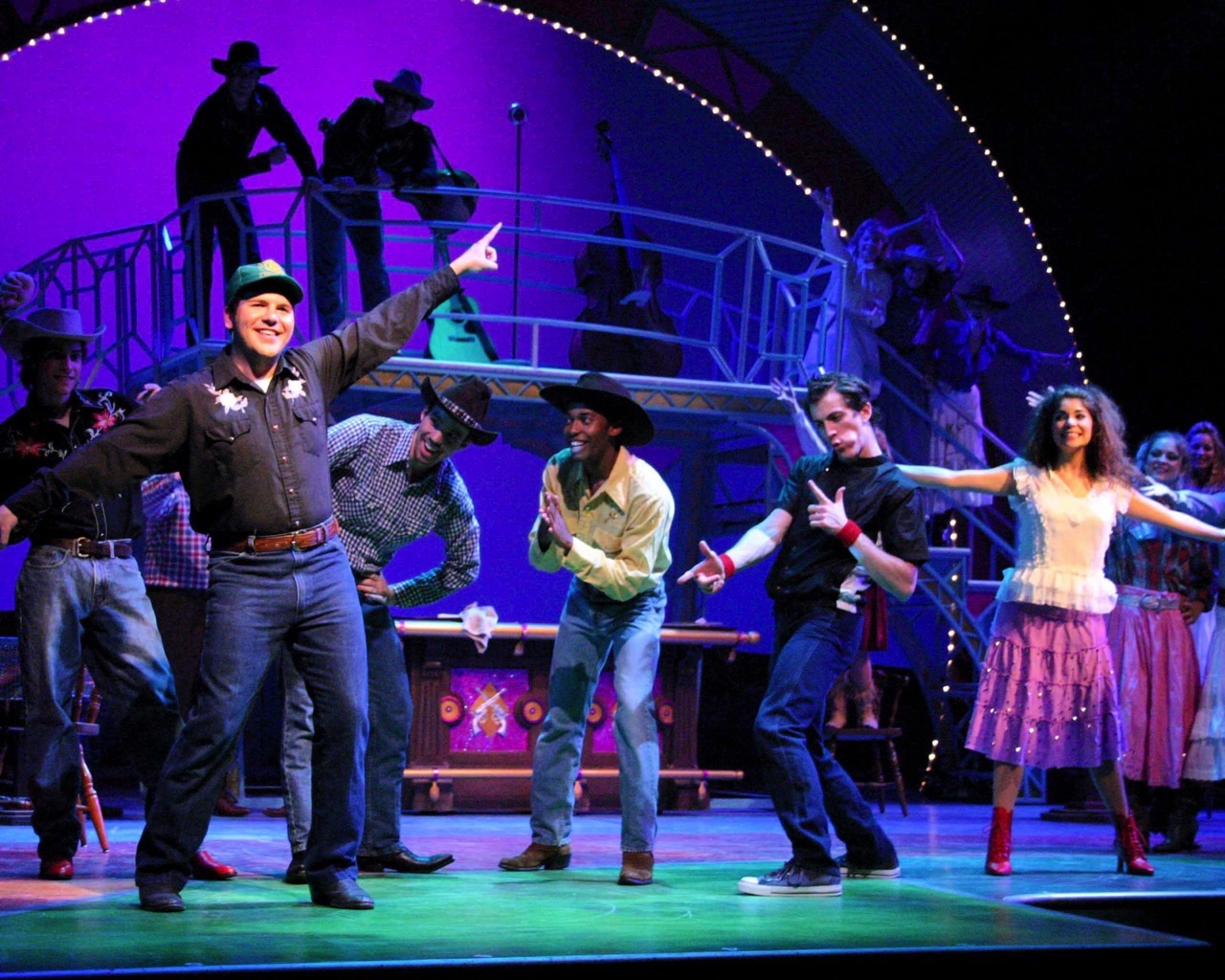 Let's Hear it for the Boy

Page 1 of the Designer’s Script. 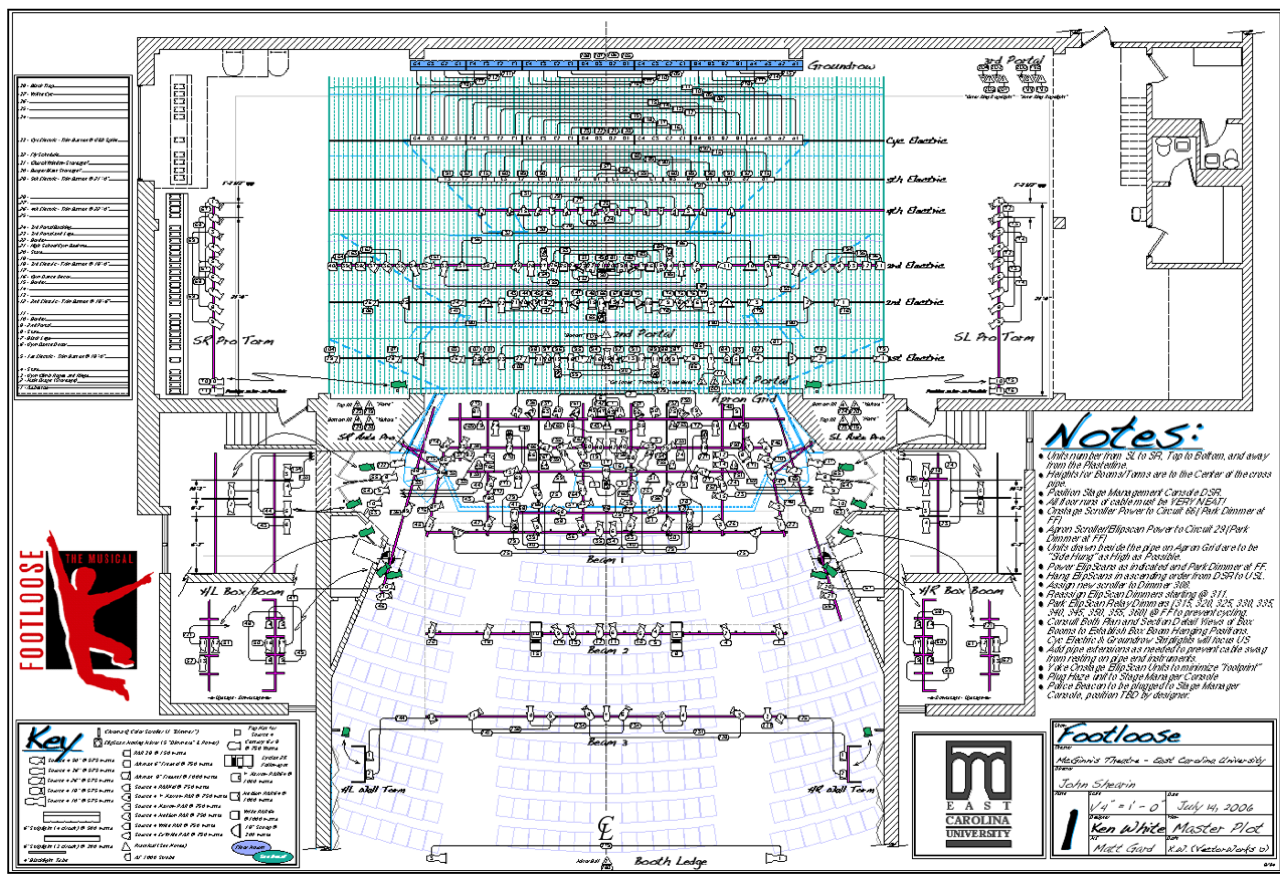 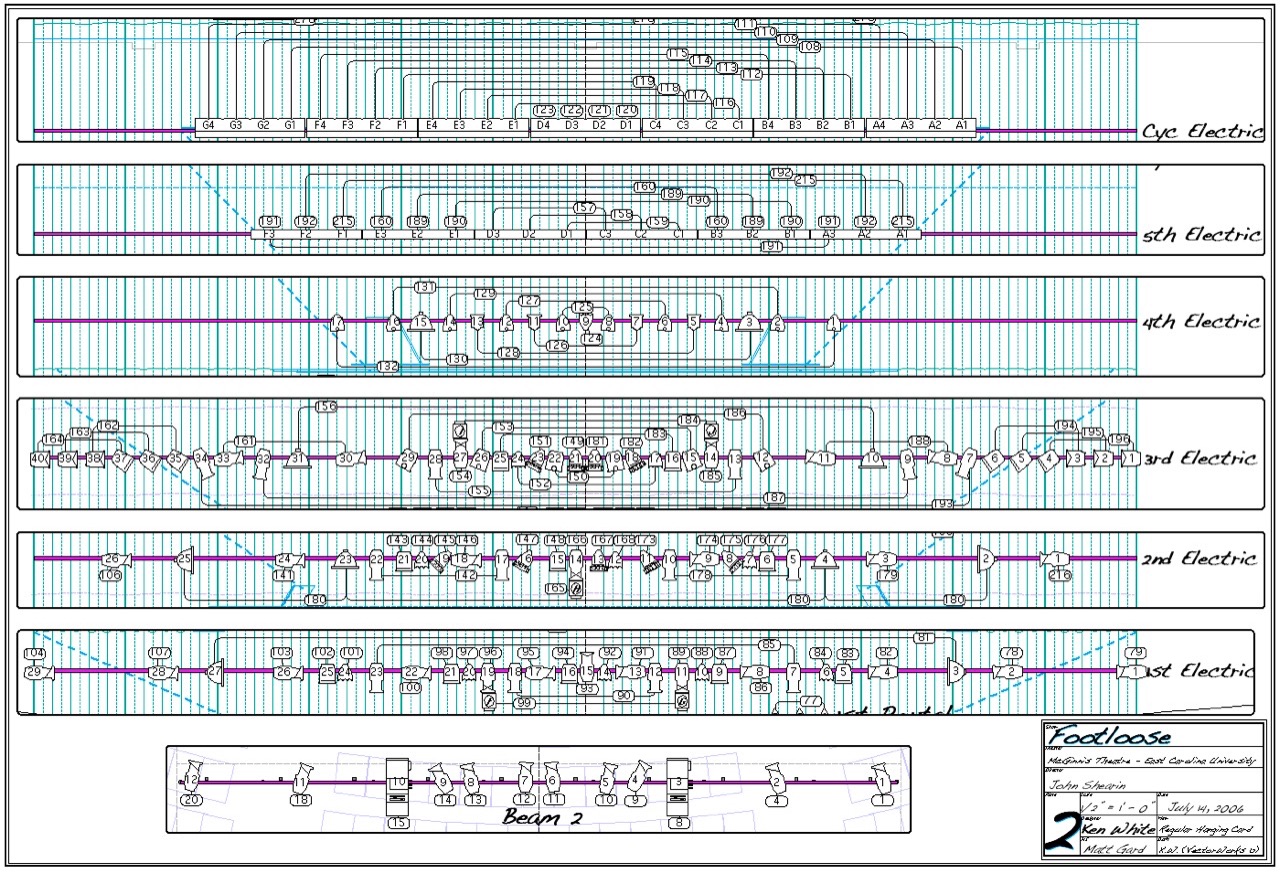 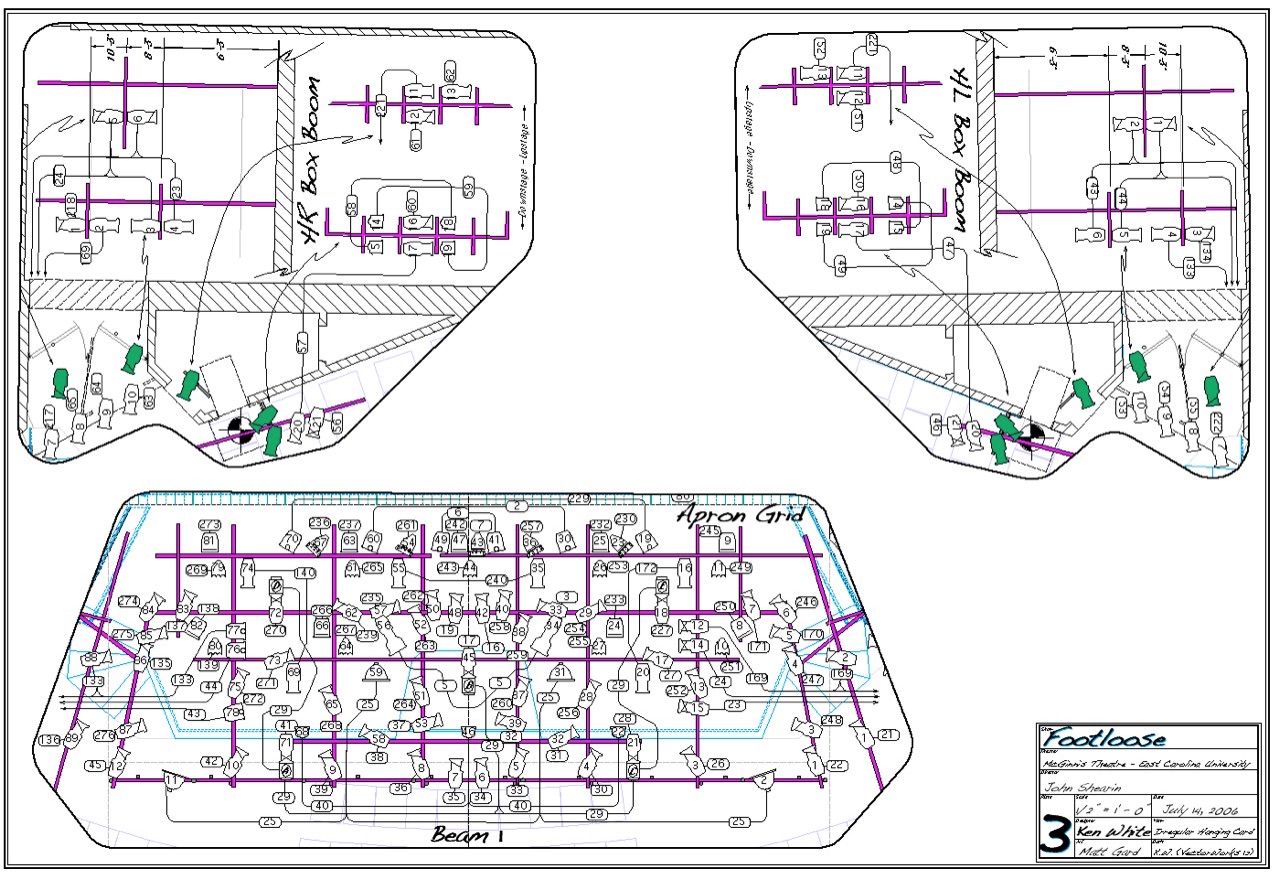 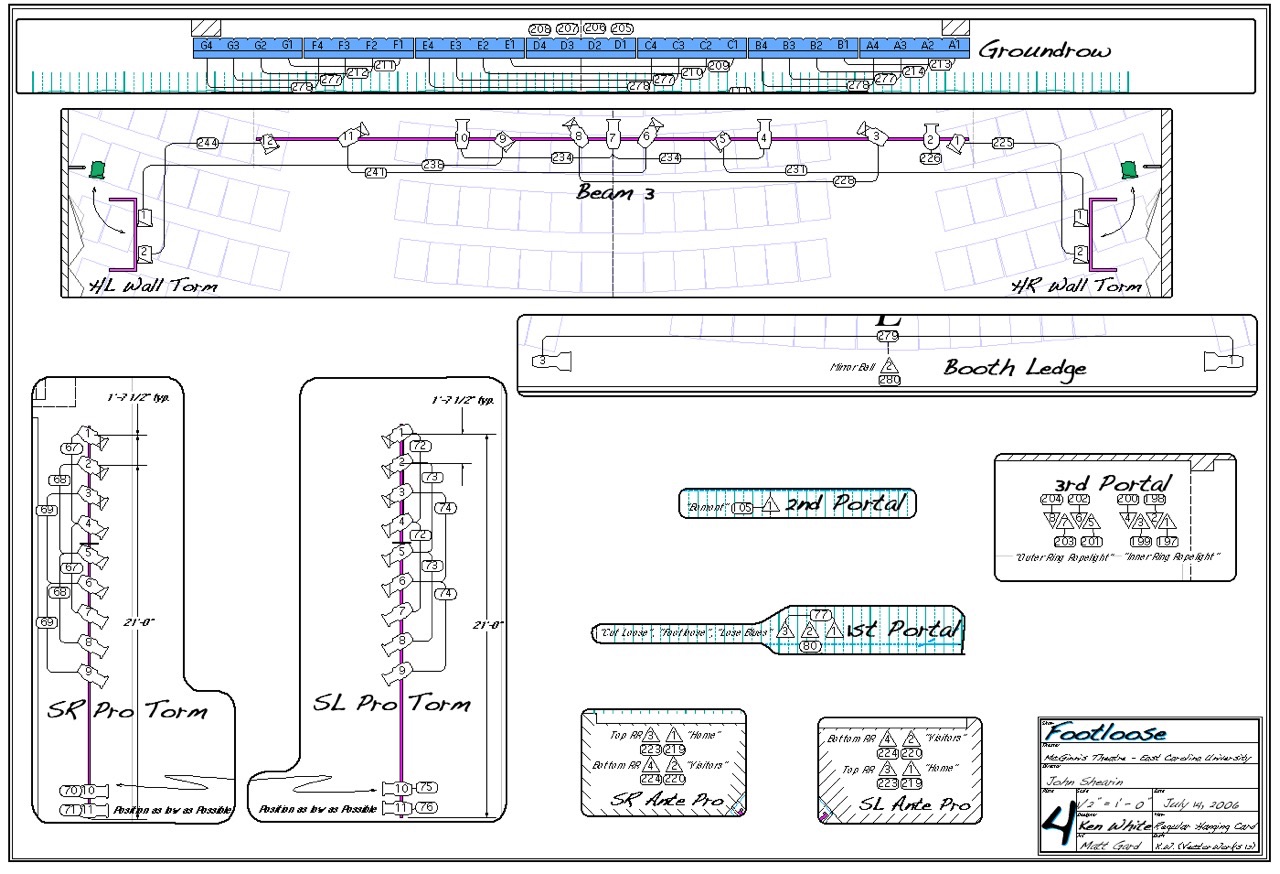 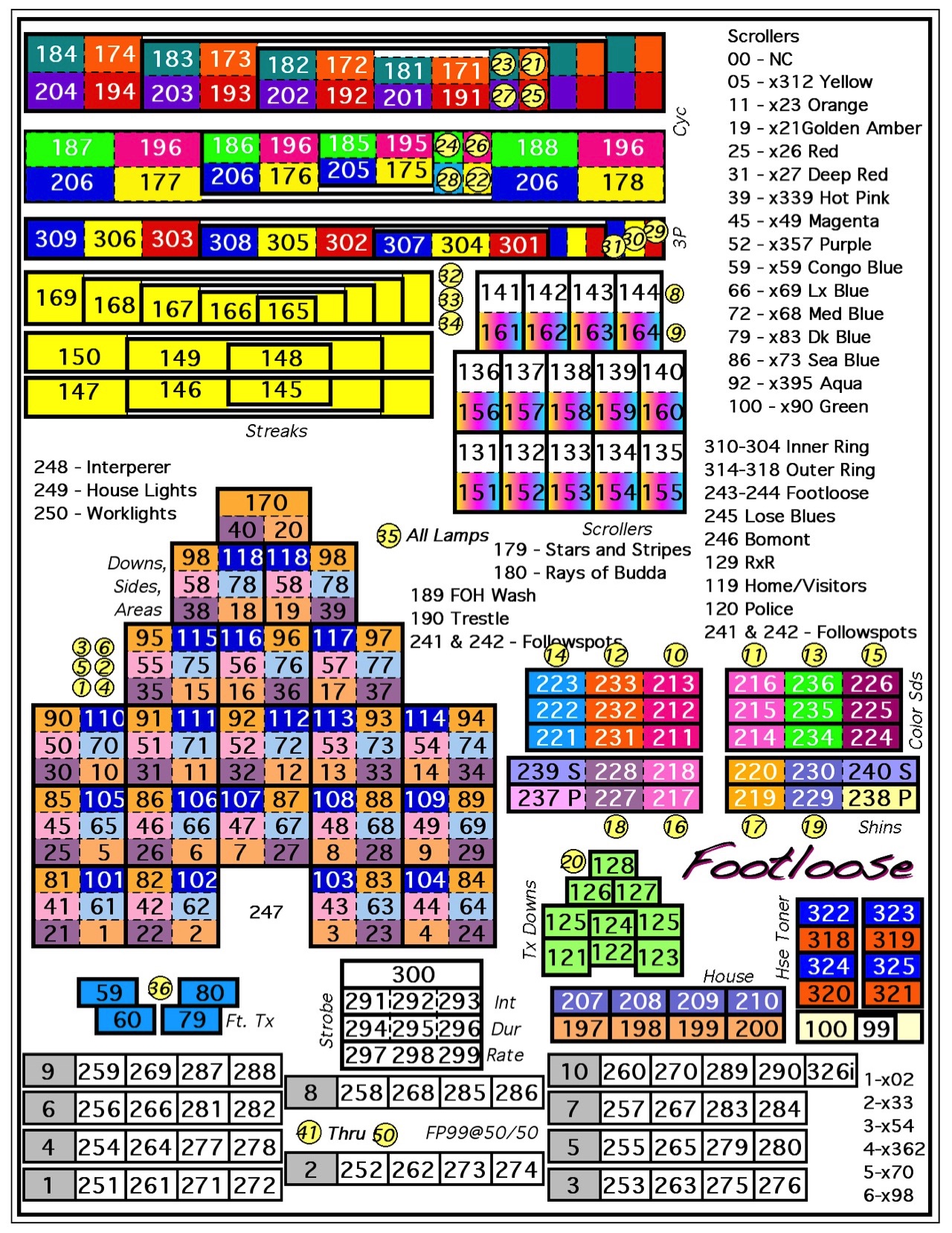 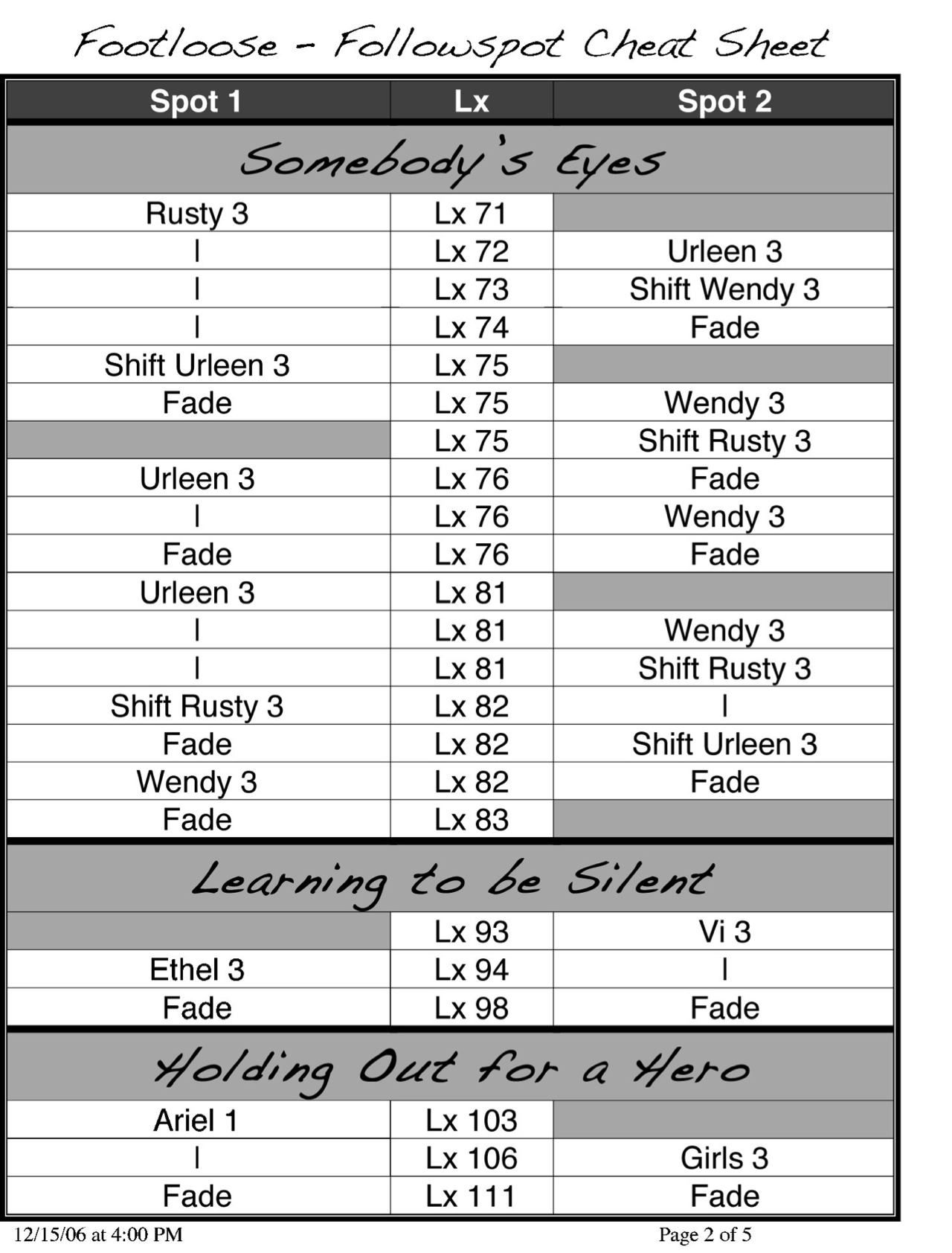 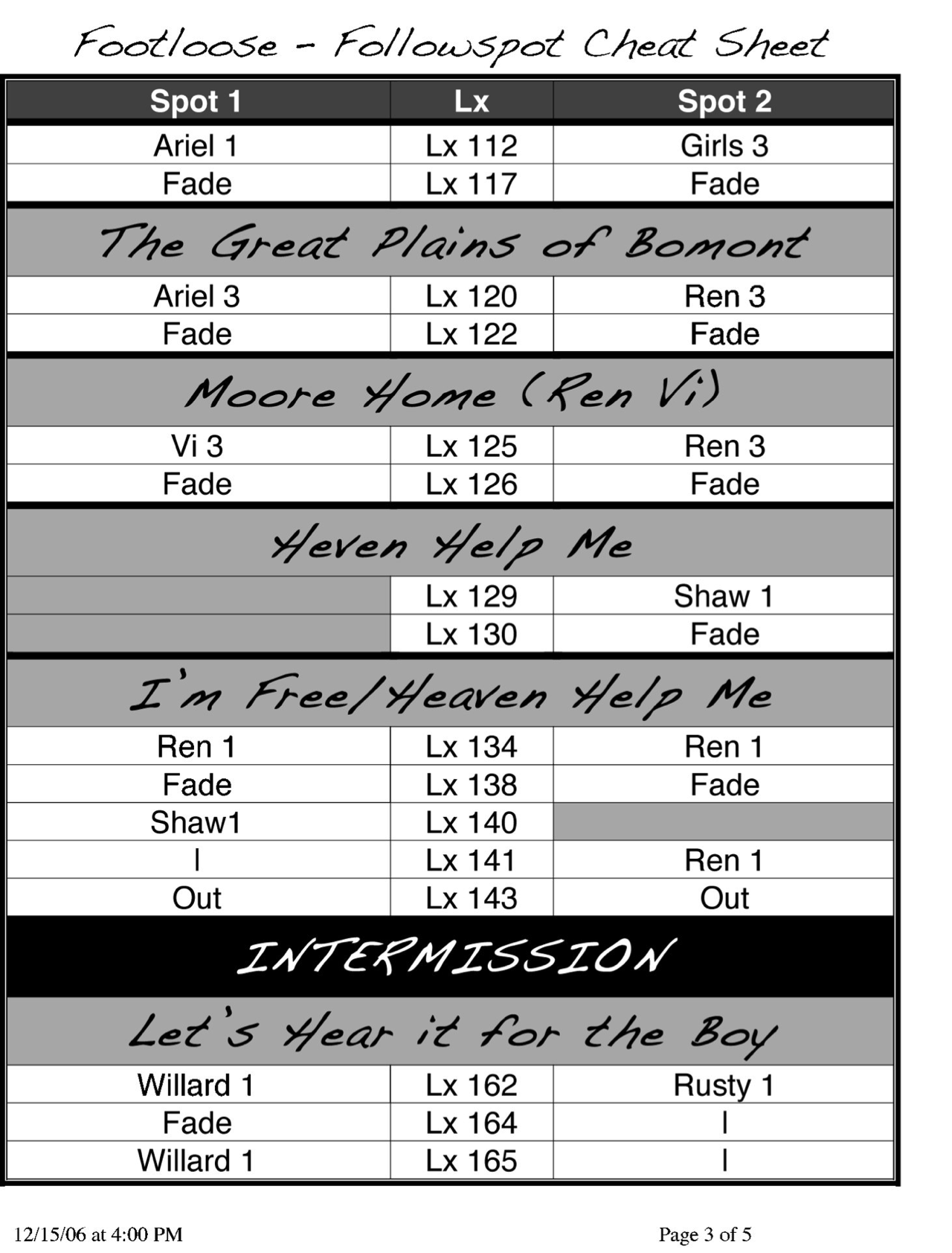 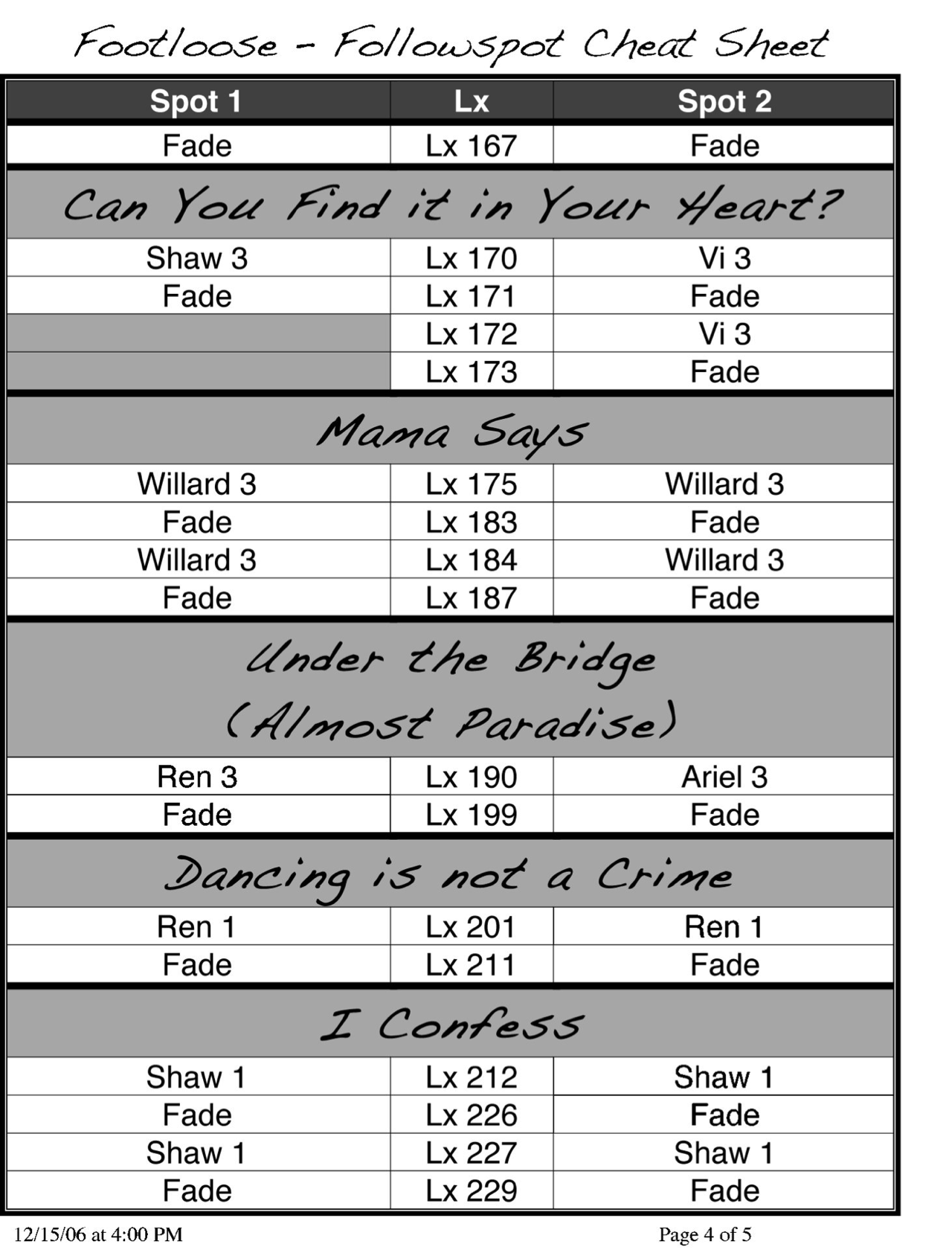 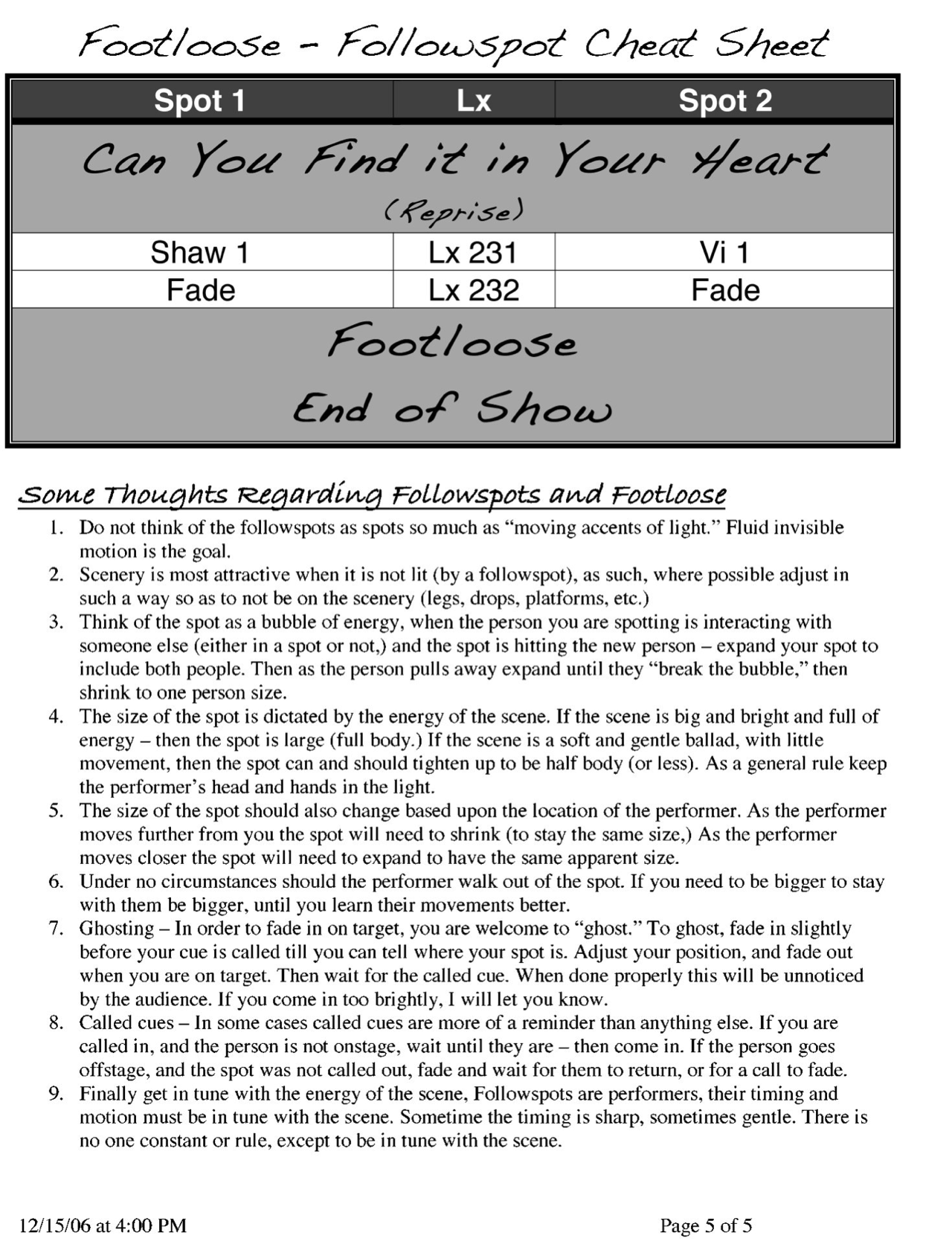